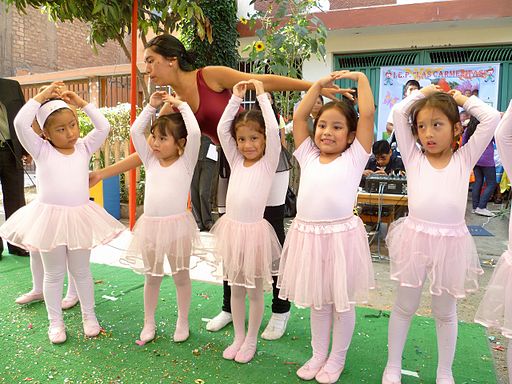 Over the last few years of teaching dancing, I have noticed that I have had more and more cases of children attention deficit disorders.

I can’t quite put my finger on when these numbers started increasing to the level that it has now gotten to, but suddenly there are about two in every four classes, whereas before I maybe had two in my entire studio.

What Is Attention Deficit Disorder?

Attention-deficit or hyperactivity disorder is defined as a persistent pattern of inattention and/or hyperactivity that is more frequent or severe than expected for a given level of development.

Children with ADHD have difficulty paying attention and focussing their attention to details. They also find it difficult to follow through with instructions. They battle to organize tasks, misplace their belongings often, are forgetful and are very easily distracted.

In class, the child will find it very difficult to sit still and will fidget and blurt out answers. They tend to talk a lot and interrupt other conversations and games.

Children with attention deficit disorders aren’t able to wait their turn. Background noise can make it worse for them.

Unfortunately, this sort of behaviour often attracts negative attention from teachers and classmates, and because of the rejection and criticism, it can lead to asocial behaviour, withdrawal and depression.

Children have different kinds of learning problems, but ADD or Attention Deficit Disorder seems to be the most common at the moment.  The child is not always hyperactive, he could just have an exceptionally short attention span.

Many adults nowadays also have ADD.

In most cases, doctors have recommended that the children be put on Ritalin or a similar drug.  In some cases, the child can be helped with more natural alternatives.

Other common symptoms for children attention deficit disorders include:

It’s not all bad though. On the positive side people who suffered from this disorder in the past have been visionaries, dreamers, explorers, inventors (Edison was a classic), path-finders, entrepreneurs (almost all entrepreneurs have ADD), creative types, original thinkers, paradigm breakers, trend-setters, freethinkers, as well as being big-hearted, trusting, generous, and fun.

So rather think of an attention deficit disorder as a condition that can be associated with tremendous success in the end.

You can read more about treatment for ADD here.

It is a concern, and the child does need to be helped if he or she is to function normally and progress at school or in extramural activities.

Having a hyperactive child in a dance class is no fun for the teacher or the rest of the students in the class who are there to learn.

Instead of standing still and listening to what you are saying, the child is either swinging on the bars or running circles around the other children.

As a dance or ballet teacher, it is very difficult to control a class that has a child like this in it, and sometimes the only remedy is to let the child seek treatment and return to class once he or she has calmed down. 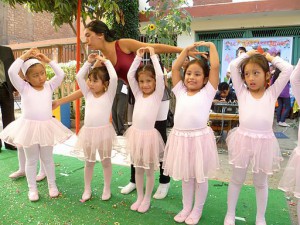 As a teacher, you are going to need great levels of patience, consistency, and creativity to get these children to concentrate on something long enough to get it right.

If I see bad behavior coming, I try to ward it off by giving the child something to do, like the handing out of props to the other children.  Try to stay positive and reward the child with lots of praise when he or she does well.  Offering rewards for hard work also help, like stickers or a star next to his name on the chart.

When teaching the attention deficit child, make sure that you explain things very clearly and again if necessary.

Try to do the most difficult steps at the beginning of the class while they are still fresh.

If you need to teach a long dance, break it up into segments and teach bit by bit.  Repetition is key, as often the first time that you explain something, the child’s mind will be elsewhere.

Keep the class moving at a rapid pace.  ADD children get bored easily, so keep them moving, even if it is just to repeat steps.

If you have some children attention deficit disorders in the class, please let us all know below what you do when you teach them and let us share our ideas.

Ballets Secret Code
Center In Ballet - What And Why
How Do I Turn Into A Fairy - Just For A Day!
Grand Battement Definition and How To Do It