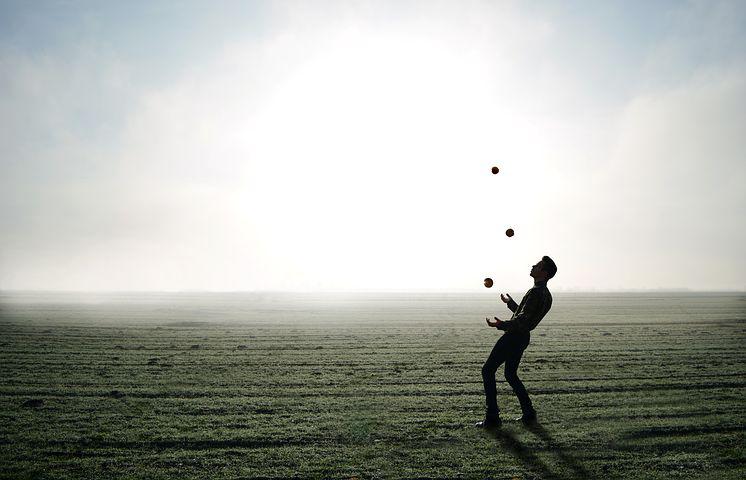 Coordination simply explained is basically the teamwork between your muscles and your conscious thoughts, to make movements possible, whether it be a familiar or a new movement. 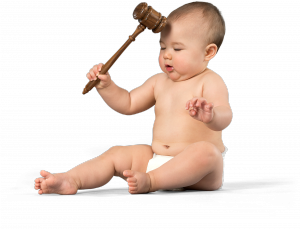 When you are born, as a baby, you do random movements for the first few months, which are movements without any purpose or plan. Coordination only starts, when as an infant you learn to grab something with your hand, and then multiplies from there, into planned and purposeful movements.  This is how coordination all begins.

How Does Coordination Happen?

Coordination or Motor Skills development is actually pre-programmed into the human body. It amazingly happens without any instruction or intervention, provided the person is exposed to natural movement experiences during the growing years – mainly from birth to the age of eight years.

Physical coordination naturally develops in infants as they begin to explore their environment and handle various objects. Children learn to time movements to create a result, for instance, using eye-hand coordination when eating food or playing with toys. Coordination continues to develop during recreational activities, playing musical instruments or when engaged in sports, such as throwing a football while running across a field. Physical coordination that requires precise timing between the hands, fingers and eyes is referred to as dexterity.

If a student hasn’t been able to fully develop his or her coordination, it is usually remedied by doing movement exercises that were missed out on during his or her early childhood.

Crawling on the hands and knees, just as babies do, will encourage coordination to happen.  If doing this in class, don’t let the children drag their knees on the floor. They must be encouraged to lift them and walk with them.  If a young child swings arms randomly while dancing, allow them to do so, and they will eventually progress on to the transition stage and go from there to the natural use of the arms in opposition.

According to health and fitness expert Jillian Michaels, ball catching is another example of a coordination exercise. Ball catching involves throwing the ball to another person and increasing the speed and frequency with which the object is thrown. Writing numbers on the ball and saying the number seen before catching the ball further enhances the technique.

There are many types of movement that are repeated so many times that they become a habit, and you no longer have to get detailed instructions from the brain on how to perform them.  These movements are stored as complete units in the motor area of the brain and are set in motion with ease by a single command from the person’s conscious brain.

Examples of this type of learned movement include riding a bicycle or in dancing doing a tendu, as these are both classified as habits or learned reflexes. Skipping is another one.

Coordination is something that needs to be developed in sequential stages, as each level builds on the previous level or levels.  If there is a weakness, then it can cause a weakness throughout the entire system of things.

The brain actually never stops learning and improving, so yes coordination can continue to grow and be improved upon throughout our entire lives.  Each time you learn a new skill, you are improving on your coordination. 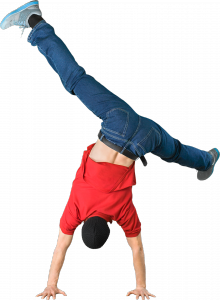 Movement is what stimulates brain activity and development, so the more you move the better.  Think like a child, as they find that movement can be a lot of fun.  We just grow lazier as we get older.

Coordination in a Dance Class

Young children should not be rushed to achieve perfect technique in a dance class.  There are many small pieces of growth and development that must happen before a child can be expected to perform movements correctly, especially classical movements in a ballet class.  When the time is right, the bones, muscles and nervous system will become mature enough to let this happen.

Dance skills must be built upon the base of natural skills that have been developed, that is why the fundamental movement skills that are learned in the beginning stages of dancing are so important in the early training of a dancer.

Details of movement need to be discussed and worked out individually or as a class, and this can help your students to mentally direct their muscles. It does take time for the results to become apparent, but if you allow for the process to take place, you will see well coordinated dancers at the end of it all.

There are three main stages in the development of coordination.

Natural coordination happens during the first eight years of life, and if this process has been successful, then you can build on the physical and technical skills necessary for the individual.

Unfortunately in this new digital world, many children don’t have the natural benefits that they used to, to fully develop their coordination. If they don’t have a good base in natural movement skills, both the physical and academic development will be hindered.

Stages of Coordination in Dance

Basic Stage of Coordination in Dance

The basis of all coordination is symmetry, which involves a muscle balance between the two sides of the body.  This is also known as bilateral coordination.

Movements that are symmetrical in appearance make up the basic stage of coordination, for instance swinging arms in unison, jumping on two feet, sit ups, jumping jacks, nodding head up and down, rises on two feet, bending and stretching both knees etc.  Movements like walking, skipping, running also fall into this category as both sides of the body are used.

These types of movements can be used to improve coordination at any age.

Transitional Stage of Coordination in Dance

This stage is more asymmetrical and can be seen in a childs first attempts to march when they use the same arm and leg, rather than working in opposition.  This should not be corrected or commented on, as the child is still developing her coordination.

The transitional stage overlaps the basic and the final stages, and helps achieve the finished product.  First it needs to be established in the neuromuscular system.  If the dancer has secured this stage, she will be able to easily reproduce various arm and head positions that need to be used with any body movement.

Final Stage of Coordination in Dance

This stage includes cross lateral or collateral coordination, and is the natural use of the arms in opposition when walking and running.  When learning classical ballet, a child needs to be well into this final stage of coordination.  They will then have unlimited variations and patterns that they can learn to perform.

Forcing him to perform at this level before he is ready will cause coordination problems later on.  The reason for this is that dominance settles in from around the age of 7 and dominance and coordination are somehow related.  Forcing correct responses of right and left, and forcing adherence to exact movements before the child is ready may interfere with the full development of dominance and the balance between the two sides of the brain.

In a young child it is quite common to see all three of the above stages of coordination in the same class.  It is not our job as teachers to teach the stages of coordination, as this should happen naturally as the child gains enough natural movement experiences.  But as teachers it is always good to equip ourselves with as much knowledge as possible so that we can guide our pupils through all these awkward stages of life.

Ballet and dance training will definitely enhance the natural development of the child, as well as increase the potential for physical coordination in dance and artistic expression.  Through all this correct alignment must be taught, and all the natural growth patterns must be protected throughout the growing years.

Teachers need to use good judgment and teach to children only what their bodies are mature enough to handle safely and correctly. Learning too much too soon does more damage, both physically and mentally, and should be avoided at all costs.

Work with nature and not against it as a general rule of thumb when trying to improve coordination in dance.

Do You Need A Ballet Turning Board To Do Good Turns?
How To Learn A Dance Routine Quickly
How To Train Stillness In Dance
How To Do A Grand Jete or Split Leap

14 thoughts on “Coordination in Dance and How We Can Improve on It?”