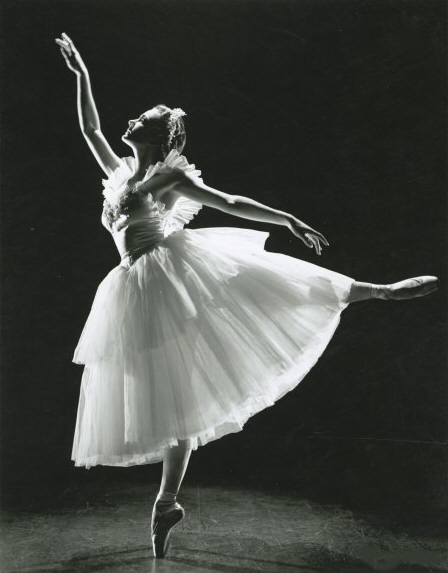 The Gizelle Ballet Story is one of the oldest ballets that is still performed today, and still very popular.

This ballet has always been one of my favorites. As a little girl, I fell in love with the long romantic white sylph costumes, and to me, they were better than traditional tutu’s.

Gizelle evolved from the Romantic Ballet Era, which only lasted for about twenty years from 1830.  The characters that were created during the Romantic era were usually ethereal magical beings.

Giselle was first produced in Paris in 1841 by Coralli and Perrot.  The first ballerina that played the part of Gizelle was Carlotta Grisi.  Carlotta also danced the first performance in London a year later.  All the music, apart from the peasant pas de deux, was done by Adolphe Adam.
Gizelle is one of the few ballets today that still uses most of its original choreography.  As ballet technique has developed, there has been a lot more pointe work added, and different choreographers over the years have added their own flavor.
Coralli was said to have done the original choreography, but it is rumored that Carlotta Grisi’s teacher Perot, created a lot of her dances.  Giselle was not performed a great deal during the nineteenth century, but it was kept alive by Marius Petipa in Russia where he first danced it. 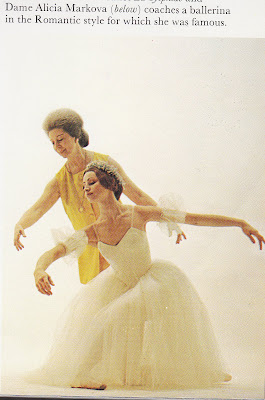 Gizelle is a simple peasant girl who lives with her mother in a small cottage in a clearing in the forest.  She is loved by one of the villagers who is a gamekeeper, Hilarion.  He brings her gifts of pheasants killed in the forest.
Gizelle, however, has met and fallen in love with someone else she knows as Loys.  Loys is actually Prince Albrecht who is trying to escape the rich court life into a more simple existence.
Hilarion is jealous and by chance sees Albrecht arriving in the village wearing his cape and sword.  He follows Albrecht and sees where he hides them, as he is sure that these are clues that will give away his identity.
Gizelle loves to dance and is crowned Queen at the vine harvest.  As she dances with Albrecht, her mother warns her of the dangers of overstraining herself with her weak heart and of the sad consequences.
As an extra warning, she tells Gizelle and the assembled crowd the legend of the Willis who haunt the woods.  They are the ghosts of girls who die before their wedding day, and they also take a terrible revenge on any man they find in their domain after nightfall.
After the celebrations, a royal hunting party arrives at the village for rest and refreshment.  Albrecht hides and Hilarion sees the chance to reveal Albrecht’s identity, after comparing the crest on the royal hunting horn with that on Albrecht’s sword.  He forces Albrecht to confront the royal party who are surprised to see him there, especially his betrothed, Bathilde.
Gizelle on learning the truth, is distraught and grabs the sword and tries to kill herself. The strain is too much for her and she acts out the famous mad scene in which she recaptures earlier moments in the ballet before she dies in her mother’s arms.
After Gizelle has been buried, she is welcomed to the ranks of the Willis by Myrtha, the ruthless Queen of the Willis.  She hears the sound of someone approaching and orders the Willis away.
It is Hilarion come to pay his respects, and the Willis surprise him and he is forced into a terrible death.  Albrecht too, brings flowers to the grave and Gizelle appears to him, but he doesn’t know if she is real or a figment of his imagination as she floats around him.
Myrtha then appears and tells Gizelle to dance him to death.  Gizelle pleads for his life, but Myrtha is unrelenting.  Gizelle manages to sustain Albrecht until dawn comes. The power of the Willis fades and so does Gizelle, leaving him the crumpled flowers to remind him of her love.

The greatness of this ballet lies in the second at and it is one of the most emotionally exhausting roles for any ballerina because of the contrast that it requires between the realism in act 1 to the fantasy of act 2.

Perrot had dreamed of combining the two sides of romantic ballet – the real and the supernatural in one person, and in Gizelle, this was achieved.

Never before in ballet had a character been explored so deeply in dance form, and Perrot achieved this through the combination of dance steps with acting.