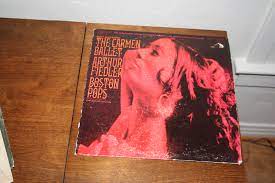 Carmen is one exciting ballet full of passion and fire. Here is a Carmen Ballet Synopsis for you. If you are interested in the history of this ballet, scroll down to the end of this post.

Act 1 – Outside A Cigarette Factory In Seville 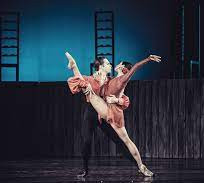 People of the town are gathered in the square to see the changing of the guard.

Micaela enters, enquiring after Don Jose. She learns that he will arrive shortly and decides to wait elsewhere.

At noon the cigarette girls come out of the factory with Carmen among them. When she sees Don Jose, she is attracted to him. The women return to the factory.

Micaela conveys a message to Don Jose from his mother. However, he is distracted and Micaela leaves.

The cigarette girls erupt from the factory. Carmen is involved in a fight and is arrested. Don Jose is ordered to guard her, but she persuades him to release her and he himself is taken into custody. 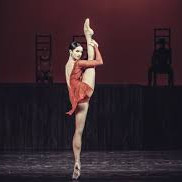 It is a month later. Captain Zuniga, who has fallen prey to Carmen’s charms is dancing with her. Escamillo, the famous toreador, enters and he too is attracted to Carmen. She is impressed, but Don Jose still consumes her heart and mind. The smugglers arrive and enter into a conspiracy with Carmen.

On Don Jose’s arrival, Carmen attempts to seduce him. A bugle-call summons him.

Now furious, Carmen taunts him by placing duty above his love for her.

Captain Zuniga returns and orders Don Jose back to the barracks. The captain is about to take carmen into his arms when Don Jose in a jealous rage attacks his officer and wounds him.

Don Jose now hopelessly compromised, is forced to join the band of smugglers. 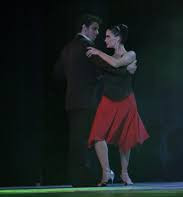 Although Carmen’s passion for Don Jose is on the wane, he is still desperately in love with her.

Mercedes and Frasquita are telling their fortunes by cards. Carmen turns a card – death!

Escamillo arrives and invites Carmen and the others to a bullfight. An infuriated Don Jose challenges Escamillo and a fight ensues. The smugglers separate them and Escamillo departs.

Micaela is discovered in the cave and she persuades Don Jose to return to his mother who is dying. Reluctantly he accompanies her.

Scene 2 – Outside The Bull-Ring

The spectators await the arrival of the toreadors. Don Jose is in the crowd and as the procession enters the bull-ring Carmen and Don Jose confront each other for the last time.

So Who Is Carmen?

Carmen is a gypsy and a free spirit, possessed of a wild and rebellious nature combined with a charismatic appeal for the opposite sex.

Who Is Don Jose?

Don Jose is a soldier disciplined with strong principles. These are two people poles apart, who become lovers but in whose lives fate intervenes.

Here is a full version of Carmen the Ballet done by the Bolshoi. Svetlana Zakharova dances the role of Carmen.

The History Of The Carmen Suite

The Carmen Suite is a one-act ballet created in 1967 by Cuban choreographer Alberto Alonso to music by Russian composer Rodion Shchedrin. Carmen was actually created for his wife, prima ballerina assoluta Maya Plisetskaya.

The premiere took place on 20 April 1967 at the Bolshoi Theatre, Moscow. The music, taken from the opera Carmen by Georges Bizet and arranged for strings and percussion, is not a 19th-century pastiche but rather “a creative meeting of the minds,” as Shchedrin put it, with Bizet’s melodies reclothed in a variety of fresh instrumental colors (including the frequent use of percussion), set to new rhythms and often phrased with a great deal of sly wit.

Initially banned by the Soviet hierarchy as “disrespectful” to the opera for precisely these qualities, the ballet has since become Shchedrin’s best-known work and has remained popular in the West for what reviewer James Sanderson calls “an iconoclastic but highly entertaining retelling of Bizet’s opera.