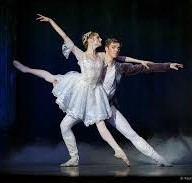 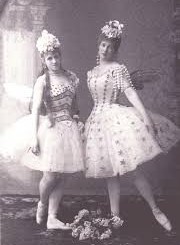 The History Of The Sleeping Beauty Ballet

Tchaikovsky wrote the music and then Marius Petipa designed the dances.

The Sleeping Beauty Ballet was first presented at the Mariinsky Theater in St Petersburg, Russia on the 15 of January 1890.

The ballet was first presented in Europe in a shortened version by the Ballet Russes in London on the 2nd of November 1921.

Catherine Littlefield designed the first complete Sleeping Beauty Ballet in the United States and presented the production on the 12th of February in Philadelphia with the Philadelphia Ballet.

There is a brief overture at the beginning of the ballet that contrasts the themes of the malicious Carabosse and the good Lilac Fairy.

When the curtain rises the courtiers are assembled for Princess Aurora’s christening in the hall of King Florestan’s palace.

Catalabutte, the master of ceremonies marshals the guests. The King and Queen arrive to receive the greetings of their court.

A group of five good fairies arrives to present their gifts followed by the Lilac Fairy. Each fairy dances a variation but just as they have presented their gifts to the infant princess, a roll of thunder announces the appearance of another fairy. 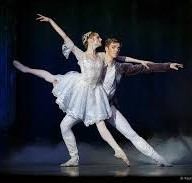 Carabosse is the fairy overlooked by the master of ceremonies and she enters and curses Aurora. She is furious at having been forgotten when the invitations to the christening were sent out.

She mocks the other fairies and announces that her gift to the princess is one of death.

The Princess will die on here 16th birthday by pricking her finger on the spindle of a spinning wheel.

The remaining fairy (lilac fairy) steps forward, but cannot put the curse to rest. She instead softens it.

The Princess will not die but sleep for one hundred years, and then shall be woken by true love’s kiss.

Sixteen years later the princess is celebrating her sixteenth birthday party (in some earlier productions is her twentieth birthday) and the villagers dance the waltz. Aurora dances an adagio with four noble suitors.

Carabosse enters unnoticed dressed as an old woman and slips Aurora a spindle, on which she pricks her finger.

She falls to the ground sound asleep. The old woman throws off her cloak and reveals herself as Carabosse. The courtiers try to seize her, but she vanishes in a cloud of smoke leaving the distraught assembly contemplating the body of Aurora which lies on the ground at the Queen’s feet.

The Princess is carried into the palace by her noble suitors and then the lilac fairy puts the entire court to sleep and causes a dense forest of trees, twining brambles, and thorns to surround and hide the castle and gardens.

Scene 1: The Prince’s Hunt or The Vision

Hunting horns are heard and Prince Florimund, his tutor Galifron, and his friends come on stage. They have paused the hunt to refresh themselves. His companion’s dance and sport, but when the beaters enter announcing that a wild boar has been sighted, Florimund stays behind, urging his whole retinue to go after the animal.

The prince chooses to remain alone in the forest as he is feeling tired, and he then meets the Lilac fairy who emerges from a boat of mother-of-pearl on the river.

The fairy has chosen him as the Prince to awaken Princess Aurora and presents various visions of the princess to him.

He quickly falls in love with her from the visions and begs the Lilac Fairy to lead him to her.

The Lilac Fairy guides him through the forest until they reach the enchanted castle where Aurora rests. 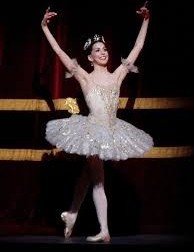 The Sleeping Beauty lies on a canopied bed.

The King and Queen sleep in armchairs nearby. The courtiers and pages sleep standing up and leaning on one another.

Dust and cobwebs cover everything. The Lilac Fairy and the Prince enter and he tries to wake the princess but without success.

The Lilac Fairy stands to the side without interfering. The Prince then kisses the Princess.

She awakens and the dust and cobwebs disappear.

The court awakens and the King grants the marriage of the Prince and the Princess.

The Wedding Of Prince Desire And Princess Aurora 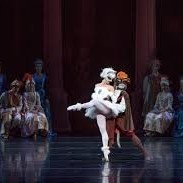 The court assembles to celebrate the marriage of Prince Florimund and Princess Aurora.

The King and Queen make their entrances with the newlyweds.

Festivities begin with a series of divertissements including The Diamond, Gold, Silver and Sapphire Faires dances. Several fairy tale characters make their appearances including Puss In Boots and the White Cat, The Bluebird and Princess Florine, Little Red Riding Hood and the Wolf, Cinderella and Prince Fortune and Hop o’ My Thumb with his brothers and the ogre among others (depending on the production).

The Prince and Princess dance a pas de deux. There are also Roman, Persian, Indian, American and Turkish characters that dance the Sarabande.

The Sleeping Beauty Ballet ends with a tableau vivant representing the Glory of the Fairies and in later versions the Glory of Apollo.

12 thoughts on “The Sleeping Beauty Ballet”