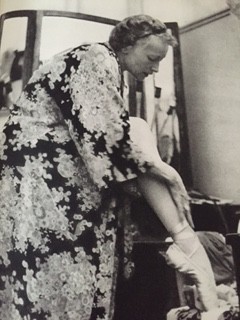 I own Days Ulanova in hard cover and it is extremely interesting reading, especially if you are interested in the history of ballet or dance of any kind. If you would like to find out how to get a copy, just click on the link above or the picture of the book.

Galina Ulanova has become one of those legend ballerina’s from her time.

The author of Days Ulanova has done a sterling job of this book, and he also happened to meet her during the late spring of 1959 during her visit to the United States. His first impressions of her were of a lady of striking simplicity and an utter lack of pretension, who had a ‘mixture of shyness and trenchant candor.’

With the help of some linguistic skills of a Soviet Journalist, the interview lasted for a couple of hours and covered a variety of topics. She did not hide her extreme nervousness at having to dance Romeo and Juliet the following evening, as she was worried how an American Audience would react. Albert Kahn came away from that interview feeling as though he had just met a woman who was as extraordinary as she seemed ordinary.

Nevertheless, the Bolshoi Ballet received ecstatic acclaim as they performed for American Audiences, and everywhere the legend of Ulanova came alive for those who saw her dance. The New York Times described her as ‘the wonder of the world.’ 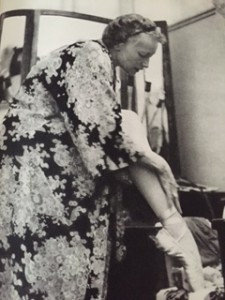 Ulanova believed that to make music visible, it is the dancer’s task. ‘The dance is the embodiment of music in movement. Just as letters go into the making of words, and words into the making of sentences, so separate movements combine into the words and sentences of a dance.’

Just like the greatest poetry, Ulanova’s dancing speaks a language understood not only by trained dancers, but also by ordinary working men. Her message lies in its direct communication with the human heart, and her dancing was both a testament to a way of life and a song to life itself.

Ulanova’s Life in a Nutshell

Ulanova was born in 1910 in Leningrad. Her parents were both ballet dancers at the Mariinsky Theatre and they also gave 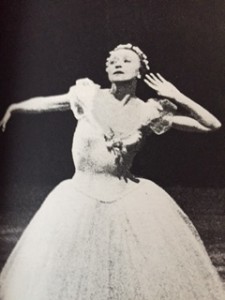 free recitals at night before film audiences in order to bring the arts nearer to the people. Ulanova remembers going with them as there was nobody to care for her at home. She remembers her mother as a hard worker.

She didn’t want to learn to dance initially but was forced to by her parents.  She started off her training at the ballet school in Leningrad in 1919.  No other ballet school in the world can boast of such illustrious graduates as attested by the pictures covering the walls in the room which now serves as a school museum. On these boards are dancers such as Fokine, Karsavina, Pavlova, Nijinsky, and of course, Ulanova.

She studied under her mother who combined her dancing at the Mariinsky Theatre with teaching at the school. Her mother retired from the stage in 1924 and devoted herself to teaching at the Leningrad school until the age of 64.

In the book, she recalls the horrors of both World Wars and what impacts they had on her life. She talks of her love for the Ballet School where she completed her training and shares valuable insights.

She made her debut in Leningrad’s Maryinsky Ballet in 1928 and was an instant success.

GalinaUlanova retired from dancing in 1960, eventually becoming a teacher to more great dancers who followed her — including Yekaterina Maksimova, Nina Timofeyeva and the current Bolshoi director, Vladimir Vasilyev — who followed her.

She passed away in 1998 at the age of 88, but she will be remembered for her uncanny blend of unabashed emotionalism and lyrical restraint, which made her one of the greatest dancers of the 20th century.

The book takes us back into the history of the Bolshoi and shares many photographs, all in black and white, of Ulanova at work and living her life.

I found Days Ulanova extremely interesting reading and learnt lots about how the Russian dancers train that make them into world class dancers.

This is a must add book to any dance lovers collection.

Les Noces Ballet - Have You Heard Of It?
Misty Copeland Book - Life In Motion
The Royal Ballet History - Englands Jewel
Le Carnaval - What Happened To This Ballet?