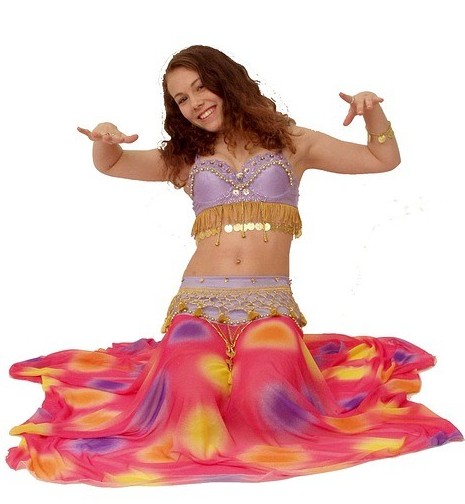 As I believe that ballet dancers should expand their horizons and expand themselves by trying other dance forms, I have decided to write a little on where does belly dancing come from and belly dancing in general.

I am not a teacher of belly dancing and have only been to a couple of lessons in my life, which I thoroughly enjoyed.

As a dancer or dance teacher, you can only improve on your existing dance skills by exposing yourself to as many other dance forms as you can.

If you enjoy things like Pilates, yoga, Latin American dancing or slow and sexy movements, then I recommend giving belly dancing a go.

What Is Belly Dancing?

Belly Dancing is a sensual Middle Eastern dance form, where you learn to isolate body parts and translate movement from muscle groups in the abdomen, pelvis, trunk, spine, and neck into graceful hip rolls, circles, and drops. By doing belly dancing, you will gain more strength in your stomach, abs, and thighs, as well as tone up these areas even more.

Here is a quick video to watch on belly dancing basics.

Flexibility and cardio stamina will increase because you will be working your core while belly dancing. Balance and posture will also improve. Even though your focus is on your torso, your whole body will be used to dance.

You will need a few classes to get into this dance form, but be patient with yourself and it will come surprisingly quickly.

So Where Does Belly Dancing Come From?

Many people believe that belly dancing is the oldest form of dance, having roots in all ancient cultures from the Orient to India to the Middle-East. The greatest misconception with belly dancing is that it is a dance form that is designed to entertain men.

So where does belly dancing come from? No one is 100 percent certain of this, but you can rest assured it started up in one of the countries above.

Throughout history, this ritualized dance form has mostly been performed by women for other women, generally during fertility rites or parties preparing a young woman for marriage. In most cases, the presence of men is not permitted at all.

Belly dancing is a dance form especially designed for women to do and is generally performed barefoot. This dance form is thought by many to emphasize the intimate physical connection between the dancer, her expression, and Mother Earth.

Belly dancing costumes are often colorful, flowing garments, accented with flowing scarves and veils. Finger cymbals (made of brass and known as zills) are common, dating right back to 200 B. C. Exotic jewelry and belts made of coins that showed off the family wealth in the early days were worn and are still worn. The jewelry was sewn into the garments to make them portable in the event of the woman needing to flee in a hurry.

Other interesting accessories that were and are still used include swords, snakes, large vessels and flaming candles. 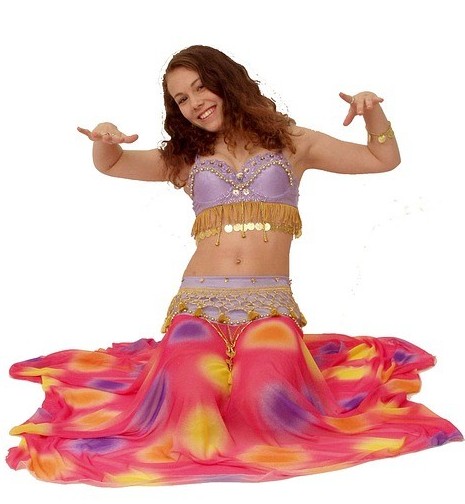 In America, this dance form enjoyed its first significant event when the famous dancer Little Egypt performed at the Chicago World’s Fair in 1893.

Americans found themselves fascinated by the exotic body rhythms and music, eventually including them in many silent films made just a few years later.

Costumes and dancing styles were given a distinctive Hollywood flare and, in turn, influenced dancers in the Middle East, thus evolving the art form to a new level.

For example, belly dancing with flowing veils hadn’t been documented before the 1900s but is now quite popular throughout the world.

Since the turn of the century, belly dancing has grown hugely in popularity worldwide.

Many dancers now study the art form intensively, traveling to the Middle East and elsewhere to experience it where it all originated from.

Who Can Do Belly Dancing?

The wonderful thing about this form of dancing is that you can start at any age, as it is a relatively low impact form of exercise. It has become very popular with women in their 50s and 60s of all shapes and sizes.

A word of caution though, although it looks easy, it isn’t. It takes time, practice and patience to master all the movements so that they look effortless. There are also a lot of different styles of belly dancing to master and dancers can progress through the levels as they get more advanced. Styles can include Egyptian, Tribal, Turkish or Cabaret to mention a few.

To read about some interesting Belly Dancing Myths click here.

This type of dancing is a great way to shed extra centimeters and your self-confidence and body image will improve. This makes belly dancing an alternative form of therapy. It’s the toned limbs as well as the emotional lift that brings so many women back to classes week after week.

You can start off in leggings and socks with a scarf tied around your waist for effect. The fancy costumes come later, but some glitter and black eyeliner won’t hurt either.

Click here for a basic belly dancing course that you can do online to prepare yourself for your first real live class.

The Elements Of Dance - How To Incorporate Them Into Class
How To Learn A Dance Routine Quickly
Yoga And Dance - Do They Go Together?
Do You Need A Ballet Turning Board To Do Good Turns?

3 thoughts on “Where Does Belly Dancing Come From”