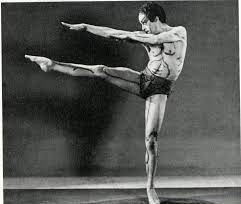 Let’s find out more about Job Ballet Ninette de Valois choreographed which was first performed by Camargo Society, Cambridge Theatre in London on the 5th of July 1931. On the 22nd of September 1931, it entered the repertory of the Vic-Wells Ballet.

The ballet is based on the Book of Job from the Hebrew Bible and was inspired by the illustrated edition by William Blake, published in 1826.

On the 20th of May 1948, it was revived at the Royal Opera House, Covent Garden with new decor by John Piper.

Job is a one-act ballet in the form of a Masque for dancing in eight scenes. 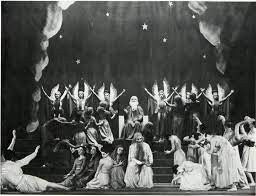 Job in the sunrise of prosperity. The Godhead (job’s spiritual self) consents that his moral nature is tested by Satan in the furnace of temptation.

Satan, after a triumphal dance, usurps the throne of the Godhead.

Job’s sons and daughters are feasting when Satan appears and destroys them.

Job’s peaceful sleep is disturbed by Satan with terrifying visions of War, Pestilence, and Famine.

Messengers come to Job with tidings of the destruction of all his possessions and the deaths of his sons and daughters. Troubled by the three comforters, Job invokes the Godhead only to find Satan upon the throne. 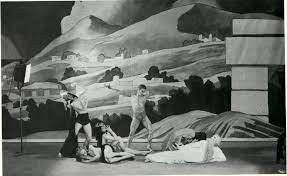 There enters Elihu who is young and beautiful. ‘Ye are old and I am very young.’ Job perceives his sin. The heavens again open to reveal Job’s spiritual self restored to the throne.

Satan appeals to Job’s Godhead but is cast out.

Job, a humbled man sits in the sunrise of restored prosperity, surrounded by his family upon whom he bestows his blessing.

History Of The Ballet

Job is one of the oldest British Ballet’s that is still performed today from time to time. 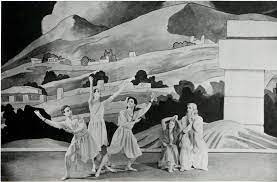 In fact, Job was the first ballet to be produced by an entirely British creative team.

It was originally hoped that Job might have been produced by the Ballets Russes, but the subject did not appeal to Diaghilev. It was, he said, ‘too English!’

So it was natural that it should appeal to the Camargo Society formed after Diaghilev’sdeath to continue the production of the Ballet in England.

Vaughan Williams stipulated no ‘toe dancing,’ which he detested, and therefore it was not described as a ballet but does not detract from its place in the English tradition.

Job was Constant Lamberts’s first big success as a conductor and he later became the first musical director of the Sadler’s Wells Ballet. The role of Satan was given to Anton Dolin who was the first important British male dancer.

Apart from the dominant role of Satan, there were no other difficult technical demands in this ballet, but the ballet did challenge the performers in dramatic movement.

Unfortunately, I could not find any video extracts of this ballet, but here are some of the music scores and inspiring pictures for you to view.