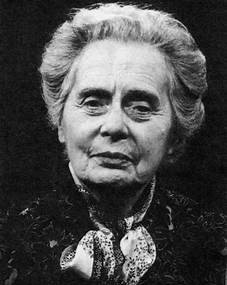 Let’s look at the life and times of Dame Ninette De Valois and the influence she had over ballet in the early 1900s. One of the greatest dancers and choreographers of her time, Ninette de Valois not only danced at the royal court, but she was also the first-ever Director of The Royal Ballet.

Dame Ninette De Valois was not only well-grounded academically by Espinosa and Cecchetti, but, at the age of twenty-five, brought to the  Diaghilev company considerable performing experience in pantomime revues and opera ballets.

After she left Diaghilev in 1925, she deepened this experience, and the contacts of her dancers, through choreography for the Abbey Theatre, Dublin, The Festival Theatre, Cambridge, and the Old Vic, as well as giving a class in stage movement to drama students.

The influence of this experience, as well as her classical training, appears in the early ballets of the young Vic-Wells Ballet, almost all of which she had to create herself. 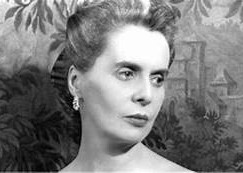 Ninette de Valois was born as Edris Stannus on 6 June 1898 at Baltyboys House, which was an 18th-century manor house near the town of Blessington, County Wicklow, Ireland.

She was the second daughter of Lieutenant Colonel Thomas Stannus and Elizabeth Graydon Smith.

In 1905 she moved to England, to live with her grandmother in Kent. She started attending ballet lessons in 1908, at the age of ten.

At the age of thirteen, Stannus began her professional training at the Lila Field Academy for Children. It was at this time that she changed her name to Ninette de Valois and made her professional debut as a principal dancer in pantomime at the Lyceum Theatre in the West End.

In 1919, at the age of 21, she was appointed principal dancer of the Beecham Opera, which was then the resident opera company at the Royal Opera House. She continued to study ballet with notable teachers, including Edouard Espinosa, Enrico Cecchetti, and Nicholas Legat. 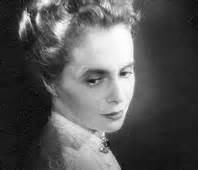 In 1923, Ninette de Valois joined the Ballets Russes, which was a renowned ballet company founded by Serge Diaghilev. She remained with the company for three years, performing around Europe and being promoted to the rank of Soloist, She also created roles in some of the company’s most famous ballets including Le Train Bleu and Les Biches.

During this time, she was also a mentor to Alicia Markova who was only a child at the time but would eventually be recognized as a Prima Ballerina Assoluta and one of the most famous English dancers of all time.

Later in her life, Valois said that everything she knew about how to run a ballet company she learned from working with Diaghilev. She stepped back from regular intense dancing in 1924, after doctors detected damage from a previously undiagnosed case of childhood polio.

In 1927, de Valois left Ballet Russes and established the Academy of Choreographic Art, which was a dance school for girls, and The Abbey Theatre School of Ballet in Dublin

In London, her goal was to form a repertory ballet company with dancers drawn from the school and trained in a uniquely Britsh Style. Students were given professional stage experience performing in plays and in the opera staged at the Old Vic Theatre.

Also in 1927, W. B. Yeats, the poet, and co-founder of the Abbey Theatre suggested to de Valois while she was visiting Dublin the establishment of a ballet school in the city. She took responsibility for the setting up and the programming of the Abbey Theatre School of Ballet in Dublin. This, the first of perhaps five Irish national ballet school projects during the 20th century, ran until June 1933.

During this time de Valois produced a number of ballets each year, mostly to her own choreography. She also worked with music specially commissioned from Irish contemporary composers such as Harold R. White’s The Faun (April 1928), Arthur Duff’s The Drinking Horn, and John F. Larchet’s Bluebeard (both in July 1933).

In the beginning, the Vic-Wells Ballet had only six female dancers, with de Valois working as lead dancer and choreographer. The company performed its first full ballet production on 5 May 1931 at the Old Vic, with Anton Dolin as a guest star.

Its first performance at Sadler’s Wells Theatre came a few days later, on 15 May 1931. As a result of the success of the company, de Valois hired new dancers and choreographers. She retired fully from the stage herself in 1933 after Alicia Markova joined the company and was appointed as Prima Ballerina.

Under de Valois’s direction, the company flourished in the 1930s, becoming one of the first Western dance companies to perform the classical ballet repertoire made famous by the Imperial Russian Ballet. She also set about establishing a British repertory, engaging Frederick Ashton as Principal Choreographer and Constant Lambert as Musical Director in 1935.

The company included many of the most famous ballet dancers in the world, including Margot Fonteyn, Robert Helpmann, Moira Shearer, Beryl Grey, and Michael Somes. In 1949 the Sadler Wells Ballet was a sensation when they toured the United States. Fonteyn instantly became an international celebrity.

In 1947, de Valois established the first ballet school in Turkey. Formed as the ballet school of the Turkish State Opera and Ballet in Istanbul, the school was later absorbed into and became the School of Music & Ballet at Ankara State Conservatory, a department of the Hacettepe University.

In 1956 the ballet company and school were granted a Royal Charter by Queen Elizabeth II and formally linked. De Valois made sure that her company had a constant supply of talent, and in later years it had such stars as Svetlana Beriosova, Antoinette Sibley, Nadia Nerina, Lynn Seymour, and, most sensationally, Rudolf Nureyev.

She also invited choreographers such as Sir Kenneth MacMillan and George Balanchine to work with her company. She formally retired from the Royal Ballet directorship in 1963, but her presence continued to loom large in the company, and the same was true with the School, from which she formally retired in 1970.

De Valois acted as a patron or supporter to a number of other projects, including the Cork Ballet Company and Irish National Ballet Company in Ireland.

As with ballet in the British Isles, de Valois exerted a great deal of influence on the development of ballet in Turkey, which had no prior history with the art form.

The Turkish Government invited her to research the possibility of establishing a ballet school in the country, and she visited the country in the 1940s, going on to open a school following the same model as her Sadler’s Wells Ballet School in London. At first, very few people took the project seriously, but the school did become firmly established under the direction of Molly Lake and Travis Kemp, who in 1954 had undertaken to run it at de Valois’ request and this ultimately led to the development of the Turkish State Ballet.

In 1965, de Valois produced and choreographed the first full-length work created for the new Turkish State Ballet. Titled Çeşmebaşı (At the Fountain), the ballet was the first to feature music composed by a Turkish composer, Ferit Tuzun, and its choreography incorporated elements of Turkish folk dance.

Ninette de Valois made sure to keep her private life very separate from her professional one. She made a very brief reference to her marriage in her autobiographical writings.

She married Dr. Arthur Blackall Connell in 1935. They never had any children together, but she did inherit two stepsons.

In 1991 Dame Ninette de Valois appeared on BBC Radio 4s Desert Island Discs doing her chosen book of a collection of poems. Her luxury item was an everlasting bottle of sleeping pills.

She continued to make public appearances until her death in London at the age of 102.

During her life, Dame Ninette de Valois received many honors and awards.

She became a Member of the Order of the Companions of Honor (CH) on 31 December 1981 and was honored by HM The Queen with the Order of Merit (OM) on 2 January 1992.

She was appointed Chevalier de la Légion d’Honneur on 1 May 1950  and received the Order of Merit of the Republic of Turkey on 2 January 1998.

Ninette de Valois received the Bronze award presented for services to Ballet from the Irish Catholic Stage Guild in 1949. She was the first recipient of the Royal Academy of Dance Queen Elizabeth II Coronation Award in 1953–1954.

She was made Honorary Fellow of the Royal Academy of Dance on the 19th of July 1963 and of the Imperial Society of Teachers of Dancing on the 8th of March 1964.

In 1964 she received the Royal Society of ArtsAlbert Medal and in 1974, the Praemium Erasmianum Foundation Erasmus Prize.

The Queen Elizabeth II Silver Jubilee Medal was awarded on 7 June 1977 and the Royal Opera House Long Service medal in 1979.

She received the Critics’ Circle Award for Distinguished Service to the Arts in 1989 and the Society of London Theatre Laurence Olivier Award Special Award in 1992.

In the United States, she received the Dance Theatre of Harlem Emergence Award on 27 July 1981.