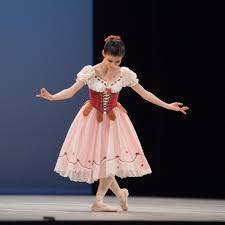 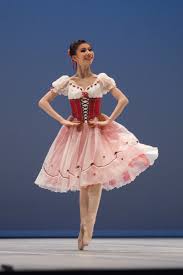 The Coppelia Ballet story has changed over the years and was first performed in the Paris Opera on the 25th of May 1870.

This ballet comes out of the Romantic Ballet Era.

The first Swanhilda was Guiseppina Bozzacchi who was only sixteen at the time. She did only eighteen performances before the Paris Opera was closed because of the Franco-Prussian War.

The part of her fiance Franz was often danced by another woman, as at this stage ballet was destroying male dancers by giving the females all the glory.

It was revived at the Paris Opera again in 1871 with Leontine Beaugrand doing the part of Swanhilda. An entirely different production was done on the 25 of November 1884 in St Petersburg with choreography by Petipa.

Although the Coppelia Ballet Story has changed over the years, it has remained popular with audiences worldwide.

Dr. Coppelius has made a mechanical doll and called her Coppelia. She is so lifelike that everyone who sees her believes her to be a beautiful girl.

Swanhilda, who is in love with Franz, is annoyed when the doll sitting on the balcony ignores her and even more angry when she catches Franz flirting with Coppelia.

The villagers arrive and a mazurka is danced.

The burgomaster announces that the village is to be presented with a new bell and all those to be betrothed will receive dowries. He askes Swanhilda if she is to be among the recipients. She tests Franz with an ear of corn, but the test fails and she is upset. 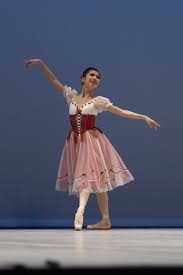 Dr. Coppelius emerges from his workshop and is teased by a group of villagers. He drops his front door key and Swanhilda finds it.

She and her friends enter the old man’s house. Franz arrives back in the square carrying a ladder also intent on entering the house as he wants to meet the beautiful Coppelia.

Swanhilda examines the lifelike dolls and then discovers that the mysterious Coppelia is in reality also a doll. Mischievously she and her friends set the other dolls into motion. Suddenly the girls are confronted by an angry Dr. Coppelius who chases them away. Swanhilda remains hidden behind the screen where Coppelia is kept.

Franz climbs through the window and is seized by the old toymaker who threatens him with punishment. Changing his attitude he offers the young man a drink. It is drugged and Franz soon falls unconscious.

Using a book of magic Dr. Coppelius tries to bring Coppelia to life with Franz’s spirit. He is overcome with joy when she appears to breat

he and then to dance for him.

Swanhilda is behind the trick and after creating havoc in the workshop, she revives Franz. Dr. Coppelius is left alone with his Coppelia.

On the day of the presentation of the new bell, the Burgomaster arrives and gives purses of gold to the betrothed couples. Dr. Coppelius storms out of his house and complains that his dolls have been ruined, but is placated when he too is given a purse of gold and invited to join in with the festivities.

The villagers perform dances that celebrate the hours of the day and the blessings of marriage.

Swanhilda and Franz’s betrothal is made the crowning event of the festivities.

And that brings us to the conclusion of the Coppelia ballet story.

I have always loved the music from Coppelia, and as a child, I think I listened to it more than I did Swan Lake. If you happen to hear it, you will hear some very familiar tunes within the music. The music was originally done by  Leo Delibes, with libretto by Charles-Louis-Etienne Nuitter.

If you would like to own a copy of the entire Coppelia ballet for your collection, you can find the DVD’s at Amazon for the best prices. Click on the pictures below to find out how….