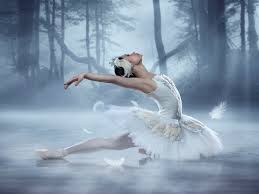 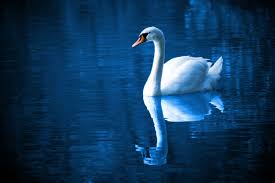 Swan Lake was the first ballet that I ever saw live as a child, so it makes sense that I would include a Swan Lake Synopsis on this blog.

Swan Lake has always been one of my favorite ballets, and I especially love the scenes with all the white swans. As a child, I dreamed of wearing one of those long white tutu’s. Everything in this ballet is beautiful from the music to the costumes to the dancing.

After watching Swan Lake live, I repeatedly watched Margot Fonteyn doing the ballet, which I had taped on a video from television. I still have the video, but it is so scratched and stretched from overuse.

A Bit Of Swan Lake History

The story of Swan Lake actually came from a Russian Folk Tale, and it was initially done in two acts. Julius Reisinger was the original choreographer and it was first staged by the Bolshoi Ballet on the 4th of March 1877 at the Bolshoi Theatre in Moscow. Pelageya Karpakova was the ballerina who danced the lead role.

This first production of Swan Lake was not well received, and over the next few years newer and better versions were done that are still seen today. Tchaikovsky did some of the scores for the original version of the ballet and then improved on the score for future productions just before his death.

In most people’s minds, Swan Lake is the epitome of ballet dancing, and the strong image of the swan was later used by Michael Fokine for Anna Pavlova in The Dying Swan, but this has no connection to the actual Swan Lake ballet production.

Marius Petipa, who was the main force behind the Imperial Ballet in St Petersburg for over fifty years, divided up the work in Swan Lake to create the Court Scenes of the first and third acts.  The ‘white’ acts of the second and fourth scenes were created by Ivanov.

Princess Odette is gathering flowers in the forest when she is enveloped by two enormous wings. Rothbart, the evil sorcerer, has transformed her into a swan.

Prince Siegfried arrives at his 21st Birthday celebrations in the palace courtyards to find everyone celebrating and young girls seeking his attention.

During the celebrations, his mother gives him a silver crossbow and tells him that because he has become of age, he must get married and that his marriage would be arranged, if he doesn’t choose a bride.

As evening comes, Siegfried sees a flock of swans overhead and departs with his friends to hunt them.

Getting ahead of the group, Prince Siegfried finds himself alone in a peaceful spot by an enchanted lake where swans gently float across its surface. While Siegfried watches, he spots the most beautiful swan with a crown on its head. As he watches they turn into maidens.

Princess Odette tells him the secret of the spell. They are maidens only at midnight and only the devotion and love of a man can give them their freedom.

The prince falls in love with Odette and vows he will release her from Rothbart’s evil spell.

Rothbart, who is watching from the shadows, is determined to force the prince to break his vow.

Back at the castle, the Queen’s court gathers to celebrate Siegfried’s coming of age. His mother bids her son to choose a bride, but because of his love for Odette and his promise to her, he refuses.

Then Rothbart, disguised as a baron, appears accompanied by his daughter Odile, whom he has transformed to resemble Odette.

Believing her to be the swan princess, Siegfried tells his mother that he has chosen her as a bride.

Rothbart is jubilant because Siegfried has broken his promise to Odette. Siegfried realizes that he has bee deceived and he rushes in despair to the lake.

On the shores of the lake, the swan maidens are waiting. Their hope of ever being set free has been destroyed by the Prince’s betrayal.

Rothbart conjures up a storm and as they fight the prince tears a wing from the evil magician, killing him and breaking the spell.

Odette resumes her human form and is united with Siegfried in eternal happiness.

There are of course other versions of the Swan Lake Synopsis, but this is the most commonly used one.