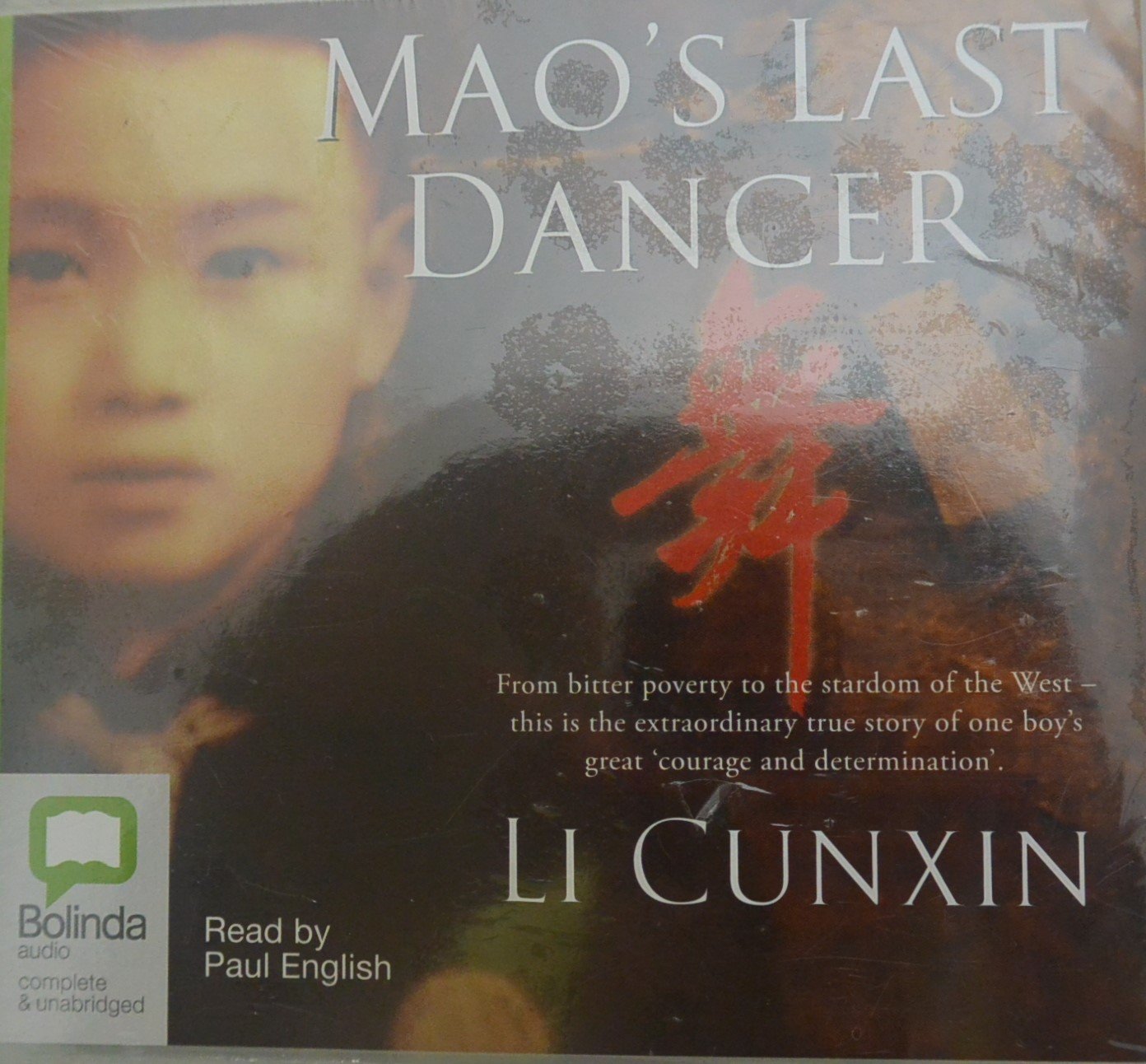 This is mainly about Maos Last Dancer book, but the film is also a must see. The book is far more detailed and gives more insight than the film does, but they are both brilliant.

This is a must read book and a must see film for all you ballet lovers out there.  It is a true story and a superb look at a young Male Dancer’s Life Story. The story is written by Li Cunxin, who is the main character in the book, so it is a very personal story.

To find out more about Maos Last Dancer book, click on the image on the left.

The book and the film are set against the backdrop of Maoist China and give the reader and viewer a wake-up call to life living in rural China in the 70’s.  Li Cunxin, who is also known as Brother Six shares a home with his parents and six siblings.  The family are peasants and eek out an existence by farming.

Mao, who rules the country at the time, has harsh philosophies and they are pumped into the school children’s brains. They are not allowed freedom of speech.  In a twist of fate, Li is chosen to train at Mao’s Beijing Dance Academy.

Li is separated from his family and has to adjust to the prison-like school.  Li gains a love-hate relationship with his ballet, and he is tormented by the bigger children and some of the teachers for being so small and weak a lot of the time.

He gets a chance to go to America, and then gets married so that he doesn’t need to return to China, but always has a sense of guilt, as he feels he has deserted his family.

The dancing is exquisite and the story is an emotional ride for the audience and reader, but is a must see and read for all who love dance, as well as true life stories with a historical element.

Chi Cao plays the adult Li in the film, and he brings a childlike vulnerability to the character, as well as some of the best ballet technique I have seen in a long time.  The dancing in this movie also tells a lot of the story within the story.

The book on the left, Dancing to Freedom, is the children’s version of the Maos Last Dancer Book. You can click on the picture to find out more about this Mao’s last dancer book.

As a boy in China, Li identified with the trapped frog in one of his father’s stories: “Even though the frog jumped and hopped, the well was just too deep.”

Li’s own leaps proved more successful; his selection for a rigorous dance-training program led him from his impoverished village to ballet stardom.

The absence of political references in this picture-book autobiography, based on Li’s Cultural Revolution memoir for adults (Mao’s Last Dancer, 2005), sometimes leaves confusing gaps, as when the dancer’s “dramatic defection” (mentioned on the jacket flap) is presented only as an unexplained, lengthy separation from his parents.

The historical note delivers more information, although most children will need an adult’s help to connect the facts with Li’s experiences.

Worlds away from her abstract work in Woolvs in the Sitee (2007), Australian award-winner Spudvilas’ delicate, i

Ballet In South Africa Over The Last 100 Or So Years
Do You Need A Ballet Turning Board To Do Good Turns?
Dance Revolution Or Dance Boom - You Decide
The Impressive Imperial Russian Ballet And It's History