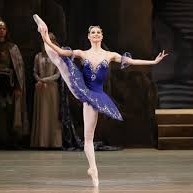 The Raymonda Ballet is a Russian ballet performed in three acts and four scenes. It was choreographed by Marius Petipa to music by Alexander Glazunov. Raymonda was first presented by the Imperial Ballet at the Imperial Mariinsky Theater on the 19th of January 1898 in St Petersburg, Russia. The Raymonda Ballet was specially created for … Read more