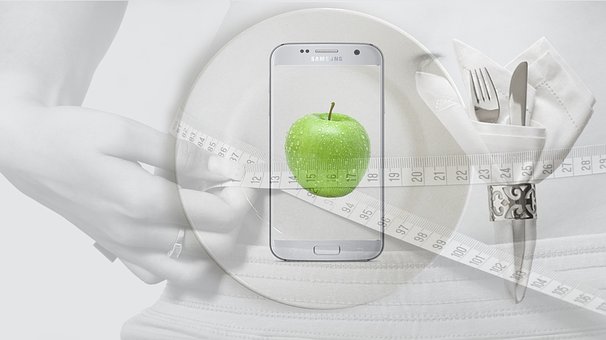 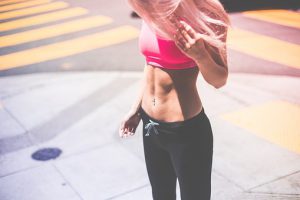 Today I would like to go a little into eating disorders in dancers, as this seems to be quite a common issue in the dance world.

Why So Many Eating Disorders In Dancers?

The reasons for eating disorders in dancers are actually quite obvious. With a mirror being a dancer’s best friend and constantly looking at one’s body clad only in unforgiving pink tights and leotards, it is not surprising many dancers suffer from eating disorders.

Dancers, you need to escape the tyranny of the mirror every once in a while, as your dancing will be more interesting when your head and gaze move away from yourself.  Always looking at your reflection straight in front of you can lead to boring habits and worst of all damage to your own self-esteem.

While a ballet dancer cannot ignore a mirror’s vital feedback on technique, try and limit it to constructive criticism and try not to compare yourself with the other dancers in the class.  Allow yourself to take pleasure in what you do well and in your good points. The rest can be worked on.

With our culture being so obsessed with thinness, even ballet dancers of normal weight sometimes think they are fat.  Increasingly thin body ideals have produced increasingly unhealthy eating habits both inside and outside the dancing world.  Eating disorders in dancers usually involve extreme attitudes to food and unhealthy behaviour often manifests as a result.

In today’s society, especially in developed countries, the pressure for women to live up to an unrealistic ideal “thin” image is imposed, celebrated, and glamorised by the media and the culture. Magazine covers in newsstands everywhere portray that “desired image” and at the same time send out a message of equating or associating that image with being successful, beautiful and having self-worth.

There’s a societal pressure nowadays for young women and teenage girls to be thin, and I think this is where the problems usually start.

There are various types of eating disorders in dancers, but the main ones include anorexia nervosa, bulimia, rumination disorder, and pica.

In 1997, 22-year-old Heidi Gunther died of a heart attack during a holiday with her family. She was at the time a ballet dancer for the Boston Ballet. Heidi suffered from an eating disorder called Anorexia Nervosa. 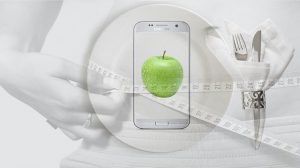 Anorexia is a life-threatening psychological condition where a person believes he or she is fat or obese. They feel they are never thin enough. This results in self-starvation and excessive exercising to the point of malnutrition. This condition seems to be more prevalent among teenage girls and young women but not exclusively. Cases have also been found among men, young children, and even some women as old as sixty. It is characterised by extremely low body weight and a distorted sense of self-perception.

In the fields of ballet, modelling, and the entertainment industry, competition is fierce. Importance is placed on that ideal “thin” look by these institutions, especially in the modelling and ballet worlds. Even though it is generally accepted in the medical world that the causes of anorexia nervosa are inconclusive, the idea that societal pressure is one of the causes of this mental disorder are not too far-fetched.

The physiological state of anorexia creates a great strain on the heart and cardiovascular system. Symptoms include slow heart rate, an electrolyte imbalance, muscle weakness, and a breakdown of the immune system resulting finally in death. Anorexia Nervosa can also lead to other disorders such as stunted growth, shrunken bones, osteoporosis, mineral loss, kidney damage, liver damage, destruction of teeth, disruption of the menstrual cycle, infertility, and a host of other damaging symptoms.

Bulimia, like anorexia, is an eating disorder in reaction to a perceived weight gain. The subject with bulimia engages in binge eating many times during the day and then follows the binging with intentional purging by inducing vomiting. Some subjects with anorexia also combine binging and purging with their starvation routine.

Rumination is an eating disorder whereby a person after eating regurgitates the contents from his/her stomach back into the mouth to be chewed again. The disorder is associated with nervousness and anxiety-related issues after eating a meal and is also related to anorexia and bulimia.

Pica is a disorder whereby a person develops an appetite for things that are not food at all such as dirt, coal, chalk, cardboard, clay, and even cigarette butts.

Pica can occur in people of all ages but is found especially in young children with learning disabilities and children that live in poor developing countries. Pica is usually caused by a biochemical deficiency such as an iron deficiency. Once the deficiency is found and resolved in a patient, the pica disorder is also resolved. Treatment for pica includes some psychosocial and family guidance techniques involving associating negative consequences with eating non-food items.

Are There Cures For Eating Disorders?

Eating disorders in dancers are more common place than you think. Since the causes of anorexia are multifaceted, the treatment can include a variety of approaches, most of which are psychological in nature. The first step to recovery is to restore the person to a normal or close-to-normal body weight to make sure that they are out of the danger zone.

It’s best if the patient can be diagnosed early and steps can be taken to treat the patient either in a hospital or as an outpatient. The patient who is far along in his/her disorder may be in need of urgent hospitalisation to prevent death. In the beginning, weight gain is the biggest obstacle to initial recovery.

After weight has been stabilised, psychotherapy and/or counselling is the initial avenue of treatment in order to deal with the issues of self-hate and low self-esteem that are at the root of the disorder. Cognitive-behavioral therapy can also be used to change destructive thoughts and behaviours.

Then there’s group therapy and family therapy to give the patient a support group. A physician would also be involved in prescribing medication to deal with anxiety or depression.

For someone with anorexia or any other eating disorder, it’s a tough road back to health. In the beginning, most patients resist treatment because of denial. Recovery can take 7 to 10 years or more. Eighty percent of people with eating disorders who seek out treatment totally recover or make significant strides. Unfortunately, the rest may remain chronic sufferers or die.

The National Association of Anorexia Nervosa and Associated Disorders is a great resource for help and information regarding these eating disorders. They have a free hotline for anyone who needs help.

How Can You Tell If Your Friend or Family Member Has An Eating Disorder?

Watch out for the following behavioural signs of anorexia nervosa  – odd food rituals, intense fear of becoming fat, overly restricted eating, avoidance of situations where food will be present, binge eating, wearing baggy clothes to hide weight loss and the use of laxatives, enemas or diuretics to get rid of food.

If you suspect anyone that you know to be suffering from an eating disorder, try to convince them or their loved ones to get them some help.  Who knows you could be saving their life in the long run.

Who Exactly Is Olga Preobrajenska or Preobrazhenska?
Ballet Turnout - The Good And The Bad
Teach My Child - Or Not?
Ballet Books Adults And Children Will Love

6 thoughts on “Eating Disorders In Dancers – Why?”