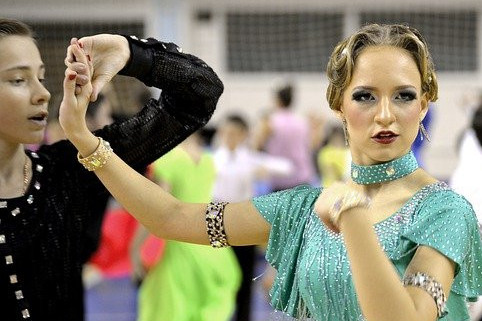 The Offenbach Gaite Parisienne Ballet takes some of its characters from Offenbach’s La Vie Parisienne. These include a rich Peruvian, a glove-seller, a flower girl, and an officer among others.

The Gaite Parisienne Ballet shows the flirtations, quarrels, flirtations, convivial dancing, high spirits, and misunderstandings on the terrace of Tortoni’s restaurant in Paris from a diverse group of people. Tortoni’s is a fashionable restaurant during the Second Empire(1851–1870).  Members of various social classes are among the participants.

Offenbach Gaite Parisienne is a one act ballet from the book Comte Etienne de Beamont.

Massine did the choreography and Offenbach-Rosenthal did the music.

Scenery and costumes were complements of Comte Etienne di Beaumont.

What Is Offenbach Gaite Parisienne Ballet All About?

Here is a bright introduction to the characters done by the Boston Ballet.

The curtain rises on waiters and girl attendants setting out tables and chairs for the nightly ball while a glove-seller and flower-girl set out their wares.

Thereafter the ballet centers on a rich Peruvian (originally danced by Massine) who immediately pays attention to both girls. Bearing two carpetbags, he is so eager to join the Parisian nightlife that he does not stop to deposit his luggage. The cocodettes are interested in him, and in his apparent wealth, but he is attracted only to the Glove Seller.

An Austrian baron falls in love with the Glove-seller thus upsetting the Flower-girl.

There is a celebrity, a duke, soldiers, an officer, and Tortoni himself.

On the lookout for girls, the soldiers engage the cocodettes and the Flower Girl in another dance. Suddenly, a fashionable society beauty, a courtesan known as La Lionne, arrives, accompanied by her escort, a Duke, and a companion, the Lady in Green. The room is now filled with people seeking an evening’s diversion, entertainment, and, possibly, amorous adventure.

La Lionne, in a bright red ball gown, becomes the center of attraction.

The Duke is disconcerted by the behavior of La Lionne, but he is also interested in the Glove Seller, and he joins the Officer, the Baron, and the Peruvian in wooing her in a vivacious pas de cinq.

A quarrel develops among the four men and a fight breaks out. The Baron and the Glove Seller escape the mêlée, but almost everyone else joins in.

After order is restored and everyone has left the room, the Baron and the Glove Seller return and dance an exuberant, romantic waltz, with aerial lifts and swooping turns. At its conclusion, a troupe of can-can dancers enters, led by a Dancing Master. They dance a lively can-can with the traditional high kicks, dizzying spins, whirling turns, and much display of ruffled skirts, black garters, and frothy white underthings. At the height of the ensuing merriment, everyone joins in a boisterous ballabile.

Thereafter, the mood softens; the lights dim, and to the strains of a gentle barcarole, everyone prepares to leave. Some of the guests pair off. La Lionne departs with the Officer, the Flower Girl leaves with the Duke, and others slowly drift out into the night. The Peruvian returns, expecting to find the Glove Seller waiting for him. Instead, he discovers her and the Baron in a passionate embrace.

From the dusky doorway, they wave farewell to him as he is left alone in a spotlight, slumped over, drained of energy, disappointed by the outcome of the evening.

Although Gaite Parisienne Ballet was filmed by Warner Brothers in 1941 (see below) and revived by American Ballet Theater in 1970 and London Festival Ballet in 1973, this is not really vintage Massine.

The structure of the ballet follows his well-established method of bringing together a number of stock characters in a series of situations, encounters, and conflicts, all resolved in a long, vigorous divertissement.

The ballet seems to have survived mainly because of Offenbach’s music and one or two highlights in the choreography such as the waiters’ dance and the pas de deux between the Glove-seller and the Baron.

The rest of the choreography is of indifferent quality.

Offenbach Gaite Parisienne is one of the few remaining Massine ballets still in occasional performance on stages today.

This is the version that was filmed in 1941.

This is just the Offenbach Gaite Parisienne music, which I am sure you will agree is catchy and upbeat.