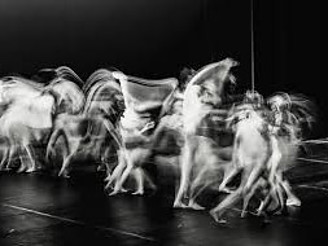 Here is an old ballet, but also a very interesting ballet called Little Humped Back Horse. You can watch the entire production right here.

This version above is more modernized than the original which is well over a hundred years old and was done at the Mariinsky. This old ballet is based on the fairytale of the Little Humped Back Horse, which has quite an elaborate storyline.

The History Of This Old Ballet

The original choreography was created by Arthur Saint-Léon and was set to music by Cesare Pugni.

Little Humped Back Horse was first danced by the Imperial Ballet in December 1864 at the Imperial Bolshoi Kemenny Theatre in St. Petersburg in Russia.

Marfa Muravyova portrayed the Tsar Maiden and Timofey Stukolkin Ivanushka. Unfortunately, Timofey broke his leg prior to the show so Nilolay Troitsky took his part, even though he had no experience dancing principal roles.

This ballet was a milestone in the development of Russian Ballet as it was the first one done based on a Russian Story.

Pugni included Russian folk songs in the music, and Saint-Leon created Russian Folk Dancing specifically for the ballet. However, later a French Choreographer invented more folk dances of his own including the ‘Ural Dance.’ 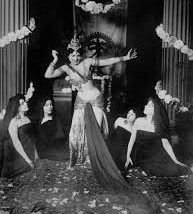 The ballet was very colourful and became a huge success.

This ballet, although was highly criticised by some, became the first of a series of Russian style ballets on the Imperial scene. Russian folk dance came to the fore.

Two years later the ballet was moved to the Moscow Imperial Troupe.

In 1876, Sokolov restaged the ballet using genuine Russian dances. This restaging separated the two ways that the ballet was performed. This eventually developed into two schools of Russian Ballet, which survived well into the 1930s, after which the Moscow school ceased to exist when a large number of St Petersburg dancers were moved to Moscow in the 1930s.

In 1960 Russian Composer Rodion Schchedrin created a new ballet on the same subject.

The Story Of The Little Humped Back Horse

A Farmhouse close to a field

An old man is at home with his sons Gavrilo, Danilo and the youngest, Ivan.

The man goes out to cut rye wheat while Ivan’s brothers arrange an outdoor party. Returning from the field, the man is disappointed to find them dancing and making merry with the wet nurses. He orders them to stop and expels the maidens.

Hoping they will learn to be more responsible, he tells his sons of a terrible villain who comes at night to trample on the wheat and sends Gavrilo and Danilo out to guard the field.

Ivan is eager to accompany them but is considered too young and way too clumsy. His brothers think he is a fool but Ivan, who is afraid of nothing, is determined to help catch the villain. He decides to set out into the field alone.

Ivan sees a beautiful Young Mare trot into the field. The mare is trampling and ruining the wheat. Ivan reacts quickly: grabbing the mare by the tail he awkwardly mounts the animal back to front.

The Young Mare is not amused and keeps trying to buck off Ivan. It finally gives up and decides to barter with Ivan: it will gift him three Horses, two stallions plus a little Humpbacked Horse in exchange for its freedom. Ivan is puzzled by the Humpbacked Horse but accepts the trade.

Distracted by firebirds that have just landed in the field, Ivan hasn’t noticed that Gavrilo and Danilo have wandered in. They take the beautiful horses. As Ivan returns with a firebird feather he realises the stallions have disappeared. Visibly upset, he is consoled by the little Humpbacked Horse, who promises to help Ivan pursue the abductors.

Ivan realises this is indeed no ordinary horse. Together they set off on their first adventure.

A Square in the City

People are making merry and dancing in the village square.

Gavrilo and Danilo have just arrived with the intention of selling the two beautiful horses.

The Tsar also enters to have a look around. He has noticed the stallions and is interested in them. Ivan and the Humpbacked Horse rush onto the square in time to stop Ivan’s brothers, but the Tsar has become attached to the animals and wants to bargain with Ivan.

The wet nurses are feeding the Tsar who soon falls asleep.

Ivan is also tired and ready for bed. The demoted Chamberlain is keeping a close eye on Ivan and, as soon as Ivan dozes off, he snatches the Firebird’s feather from him.

He awakens the Tsar and they wonder how Ivan has acquired such riches. Ivan’s feather leads the Tsar to a vision of the firebirds and, amongst them, a lonely Tsarevna.

The vision fades but the Tsar is now in love with the Tsarevna. The Chamberlain wakes Ivan from his sleep and orders him to bring them the maiden.

Ivan is in despair. He doesn’t know where to seek her out. Once again, the Little Horse comforts Ivan and tells him not to worry and together they hatch a plan and depart for yet another adventure.

A Mountain At The Edge Of The World

Ivan and the Horse have come to the edge of the world to find the firebirds and Tsarevna. I

Ivan tries to capture the Firebirds but they fly away. He now sees the beautiful Tsar maiden and cannot take his eyes off her.

Tsarevna is also somewhat taken with Ivan and allows him and the Little Horse to capture her and take her to the Capital.

The Tsar and his Boyars are in the royal chambers waiting for Tsarevna. Ivan returns with the Little Horse and the maiden.

The Tsar wakes up and sends everyone away. He declares to the Tsarevna that he plans to marry her and shows her an engagement ring. Ivan – who loves Tsarevna – is distressed.

The Tsar maiden agrees to marry, but she is not happy with the ring; for she wants a stone that lies on the seabed. The Chamberlain knows just how to procure such a stone: he gives the task once again to Ivan, who leaves for the seabed with his magical horse.

Ivan and the Little Horse reach the seabed where the Sea people are going about their marine lives.

Ivan looks for the stone, which is nowhere to be found. Ivan has the idea to ask for help and the Sea Princess agrees to bring him the stone ring.

The square in the Capital

Tsarevna is invited to dance by the Tsar. She accepts but the Tsar is old and tires quickly.

Ivan reappears with his Little Horse and the stone to Tsarevna’s delight.

Angy that Ivan has once again been successful, the Chamberlain snatches the ring and tells Ivan his services are no longer required, as the Tsar is ready to marry.

But Tsarevna does not really fancy the Tsar for a husband. She has a plan of her own: she tells him that first, he needs to become “as handsome as a portrait” and for that he must jump into a cauldron of boiling water.

As the cauldron is brought in, the Tsar worries about jumping into boiling water. The Chamberlain once again suggests he gets Ivan to try it out. The faithful Little Horse works a spell and Ivan is transformed into a handsome Tsarevich.

The people rejoice. It is now the Tsar’s turn. However, without the Little Humpbacked Horse to work his spell, it all goes wrong: the Tsar dies as soon as he immerses himself in boiling water.

He is briefly mourned by his subjects but Ivan Tsarevich and Tsarevna are delighted as they can now be with each other. Preparations for the wedding are made and the couple celebrates with the Little Humpbacked Horse and the people.

Hope you enjoyed this post on the Little humped back horse, which is a really old ballet that has been bought to new life by twentieth-century composers and choreographers.