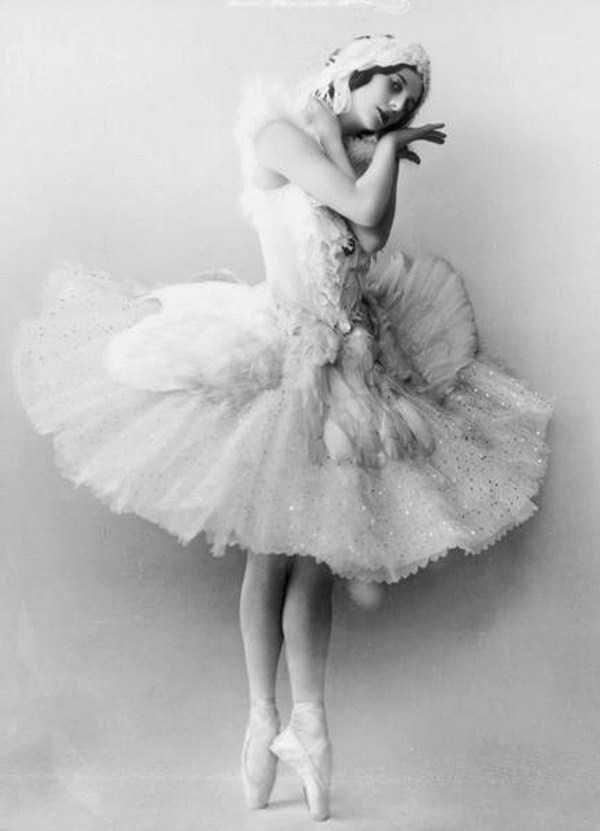 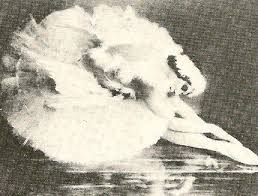 The Anna Pavlova Biography proves to be both interesting and compelling. She led a short life but achieved so much.

She also managed to accomplish all her dreams, something most people don’t manage to do in a lifetime.

Anna Pavlova was born in 1881 just outside St. Petersburg. She saw a performance of The Sleeping Beauty as a child by the Maryinsky ballet troupe as a Xmas Treat and resolved that someday she herself would be a Princess Aurora.

She had poor turnout and weak feet, along with a spindly body, which made a ballet career look impossible for her, so it took a few years before the Imperial School of the Maryinsky Ballet accepted her into their program.

She was slender and graceful. She had a small head with dark hair parted in the centre and drawn down flat over the ears to frame an oval face perched on a swan-like neck. She had long and expressive legs terminating in a pair of exquisitely arched insteps. She was endowed with intense personal magnetism and could compel the adoration of audiences worldwide. She also managed to get a slavish devotion from every member of her troupe. 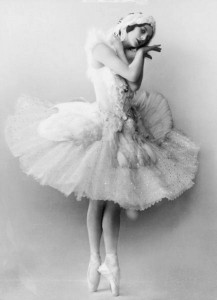 Anna Pavlova took advantage of her strong points, which were extension, ballon, a pliable torso, expressiveness, a feminine delicacy, and she worked like a trojan. She also had the best teachers, including Enrico Cecchetti, Nicholas Legat, Pavel Gerdt and Christian Johansson.

She excelled in the classical repertory at the Imperial Theater, and Petipa even reworked Giselle to showcase her Romantic qualities.

But it was the choreography of Mikhail Fokine that immortalized her in 1905. The Dying Swan, originally, The Swan, was a solo depicting the last moments in the life of a swan. It was not a difficult dance technically, but Pavlova’s genius transcended the sentimental melodrama of the piece and her emotional style thrilled audiences.

This became her signature ballet. Here is a tribute to Pavlova below.

Anna Pavlova performed with Diaghilev’s Ballet Russes in Paris in 1909. She had little sympathy with Diaghilev’s aims and ideals, and these to autocratic temperaments could hardly agree on anything.

Diaghilev believed in the supremacy of art and Pavlova in that of her own art.

Anna wished to shine alone. Music for her was merely an accompaniment. If she struck a firm balance in a pose, she would finish an enchainment two bars late if need be and woe betide the poor orchestra.

Funnily this peculiarity of hers was shared by the ill-fated Olga Spessiftseva, of gazelle-like beauty, who also resembled her uncannily in physical make-up, save that Spessiftseva hardly seemed to be aware even that she was at odds with the music!

After the 1913 season, Pavlova resigned from the Maryinsky and formed her own company which she took abroad, spending the war years from 1914 to 1918 in America.

Her company was no more than adequate and she stood literally head and shoulders above any member of it. Her ballets were trite, her music and decors undistinguished when not bad, but she was always willing to appear in places where audiences had never seen a ballet.

In her ceaseless touring, she influenced and entranced millions, filling countless little girls with the idea of becoming dancers and countless prospective ‘ballet-mothers’ with the ambition of making them so.

She then toured the globe for nearly two decades and became ballet’s most influential ambassador by inspiring balletomania thousands of miles away from her native Russia. Frederick Ashton saw her in Peru and decided to devote his life to ballet.

Pavlova was famous for roles that required beautiful lines and fluid movements, like flowers, dragonflies and swans.

She was the most famous ballerina of her time and she chose not to have an operation that would save her life because it would have meant giving up dancing.

Constant touring under far from ideal conditions had undermined her constitution and in 1931, on the eve of yet another exhausting tour she caught a cold.

She was at least spared years of dissatisfaction and decline, for her powers were already on the wane.

Except for those rare moments when a spark of the old genius would momentarily ignite, for those who had known her in her glorious prime, it had become a saddening experience to watch her dance. But such was the hypnotic power she exercised over her audiences and colleagues.

Her last words before she died of pleurisy in 1931 were “prepare my swan costume.”

If you would like to read up more on the story of Anna Pavlova, here is a beautiful book you can purchase about her life story. It is one of the best ballet history books on the market today.

Like celebrities of today, she toured the world, endorsed beauty products and department stores, appeared in fashion magazines, and even made a Hollywood movie.

But her passion was always ballet, which she sought to bring to as wide an audience as possible.

Many of the works she brought with her from Russia are regarded as the foundation of today’s classical ballet repertoire. This book offers an intimate look at the legendary ballerina whose name still resonates 80 years after her death.

This richly illustrated book has now been revised to include an entirely new chapter on Pavlova’s tours.

If you have anything to add to this Anna Pavlova Biography, please feel free by commenting below.