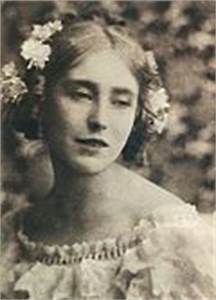 Let’s face it we have all heard of the famous Vaslav Nijinsky, but I wonder how many of you know that his sister, Bronislava Nijinska was also a very talented dancer and choreographer?

Although Bronislava Nijinska is often identified as the sister of the celebrated Vaslav Nijinsky, she was a major artist in her own right and a key figure in the development of twentieth-century ballet.

The Story Of Bronislava Nijinska In A Nutshell 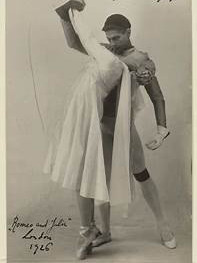 Bronislava Nijinska was the younger sister of Vaslav Nijinsky (by 22 months) and the third child to be born into the family in 1891 in Minsk.

Her parents who were both professional dancers taught their daughter all the folk dances: Polish, Hungarian, Italian, and Russian. She learned ballet, together with all kinds of different dance steps. She picked up some acrobatic techniques from her father, who would ‘talk shop’ and trade skills with circus performers.

She was not quite four when she made her theatrical debut in a Christmas pageant with her brothers in Nizhny Novgorod.

When Bronislava was about nine years old, she began ballet lessons with the famous Enrico Cecchetti. He quickly recognized her skills.

After their parents’ separation, her brother Vaslav Nijinsky entered the Imperial Theatrical School. Two years later in 1900, Bronislava was accepted into the same state-sponsored school for performing arts.

Bronislava graduated in 1908, taking the ‘First Award’ for achievement both in dance and in academic subjects. Seven women graduated that year. In addition to her diploma, she was enlisted as an ‘Artist of the Imperial Theatre’. It was a government formality that assured her of financial security, and of the privileged life of a professional dancer.

She started following in her brother’s footsteps. In the corps de ballet her first year, she performed in Michel Fokine’s Les Sylphides. Under Fokine’s gaze and leadership, she was able to directly experience the choreographic vision of this master. Both she and her brother Nijinsky, however, left Russia during the summers of 1909 and 1910 to perform for Diaghilev’s company in Paris.

She joined Diaghilev for his first season, dancing subsequently with him for several years.

In 1912 she had married fellow dancer Aleksander Kochetowsky and gave birth to their daughter Irina in 1913.

Brother and sister became separated for seven years, first by World War I, then by the Russian Revolution, followed by the Russian Civil War. There was little chance for communication as mail service first became irregular and then was discontinued. In 1921 they met again in Vienna, where they remained together for a short time. 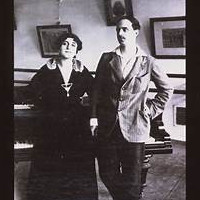 She spent the war years in Russia but came to the West in 1921 to participate in staging The Sleeping Beauty for Diaghilev.

After the failure of The Sleeping Beauty in London, Nijinska made her first ballet for Diaghilev, Le Renear, which was a success and she followed it with Les Noces (1923), Les Biches (1924 seen at the bottom of this article), Les Facheux (1924), and Les Tentations de la Bergere (1924).

Her gifts suggested to Diaghilev that here was a choreographer able to replace Massine, who had left the company for the first time in 1921. (He was to return later.)

When her brother suddenly married, Diaghilev terminated his position at Ballets Russes. Bronislava Nijinska left the company in solidarity with him.

As a result, Bronislava Nijinska was deprived of her rights respecting the title ‘Artist of the Imperial Theaters’ and its associated income.

In February 1919 in Kiev, she opened her dance school called L’Ecole de Mouvement [School of Movement]. This was shortly after giving birth to her son Léon.  Her school’s philosophy was to focus on preparing dancers to work with innovative choreographers. She taught her students: flowing movement, free use of the torso, and quickness in linking steps. She wanted her students ready for cutting-edge ballets, like those she had assisted her brother in designing, e.g. The Rite and Faune.

Throughout her career, Bronislava taught. In 1922 she taught at Ballet Russes taking over from Enrico Cecchetti.

She traveled west out of Kiev under false pretenses, assisted by other dancers. She’d taken her two children, Irina aged seven and Leon aged two, and her mother of sixty-four years. After she bribed the Soviet border guards, they waded across the Bug River into Poland, arriving in early May 1921.

Several weeks later in Vienna, the four travelers visited her brother Vaslav, his wife Romola, and their children, Kyra and Tamara. His health, however, had deteriorated since 1914, their last meeting. Once widely celebrated as the “god of dance” he had not performed since 1917. Despite such sadness, the family was reunited.

Bronislava found a job working at a cabaret in Vienna. At this point Diaghilev sent her an invitation; he included train fare. She entrusted her two children to her mother’s care and departed for Paris to rejoin Ballets Russes.

Nijinska’s second marriage in 1924 was to Nicholas Singaevsky (called ‘Kolya’). A few years her junior, he’d been a former student and dancer at the ‘Ecole de Mouvement’ she had founded in Kiev following the Russian revolution.

He, too, had left Russia. They met again as exiles in Monte Carlo. He became associated with Ballets Russes as a dancer. 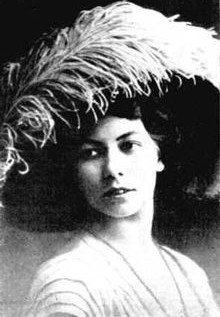 During their four decades together, he often worked in production and management, acting as her business partner in staging her various ballet productions and other projects. In America, he also translated for her, especially when she taught at the ballet studio. He died in Los Angeles, California, in 1968, four years before her.

In 1926 she staged Romeo and Juliet and thereafter worked in Buenos Aires, and with the Ida Rubinstein Ballet in Paris.

Here Frederick Ashton became a member of the company and eagerly watched her rehearsals as well as appearing in many of her ballets.

Her son Leon was killed in a traffic accident in 1935. Their daughter Irina, who’d become a ballet dancer, was seriously injured in that 1935 traffic collision too.

Mother and daughter moved to Los Angeles in 1940, where both began teaching. She taught at Nijinska’s Hollywood Dance Studio from 1941-1950. Bronislava Nijinska did not understand Americans, nor did they understand her. She was almost deaf by the time she reached the United States, and life (exile, her brother’s madness, her son’s death) had let her down badly.

Yet she continued as a ballet mistress and guest choreographer, work that continued into the 1960s. In Los Angeles, she began to teach ballet in a private studio, and she opened her own school in 1941. Her daughter Irina Nijinska would run the school in her absence. Bronislava became a citizen of the United States in 1949.

In 1946 Irina married Gibbs S. Raetz, and they had two children, Natalie and George.

She worked later for De Basil and then settled in the USA, staging ballets for the De Cuevas Company. In 1963, on assuming the directorship of the Royal Ballet, Ashton decided to pay a tribute to Nijinska and acknowledge her influence by staging two of her greatest works, Les Noces and Les Biches.

In her lifetime Nijinska choreographed over seventy ballets, as well as dance sequences for numerous films, operas, and other stage productions.

The last year of her life Nijinska devoted herself to finishing memoirs about her early life. She had notebooks of her writings and had kept theatrical programs throughout her career. A manuscript of 180,000 words was left completed. Following her death in early 1972, Bronislava Nijinska’s daughter Irina Nijinska was named her literary executor. Then she and Jean Rawlingson edited and translated the Russian manuscript into English. They edited the text and saw it through to publication.

The book Early Memoirs appeared in 1981. These writings describe in detail her early years traveling in provincial Russia with her dancer parents, her brother Vaslav’s development as a dancer, her schooling and first years as a professional in the Diaghilev era of Russian ballet, and her work assisting her brother in his choreography.

During her life, she had published a book and several articles on ballet.

“The full autobiographical story of her own career, however, is contained in another set of her memoirs. She also left a set of notebooks on ballet and other writings, which remain unpublished. Dance historian and critic Lynn Garafola is said to be currently working on a biography of Bronislava Nijinska.

Bronislava Nijinska died on February 21, 1972, in Pacific Palisades, California, after suffering a heart attack. She was 81. She was survived by her daughter, son-in-law, and two grandchildren.

After her mother’s death in 1972, Irina edited her Memoirs and managed revivals of her ballets. Irina died in 1991.

If you would like some further reading, you may enjoy these books.