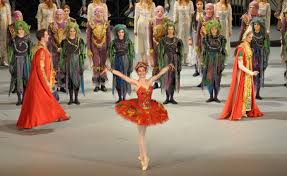 Did you know that the Firebird Ballet Story was taken from an old Russian Folktale called The Magic Glowing Bird?

This post contains some affiliate links, which means that if you purchase something, I get a small commission at no extra cost to you.

Here are some Firebird Story Books that may interest you if you are looking for a good read. You can order them online by simply clicking on the picture of the book.

This ballet was first performed in 1910 by the Diaghilev Company. Tamara Karsavina, who is a very famous Russian Ballerina, was cast as the first-ever Firebird. 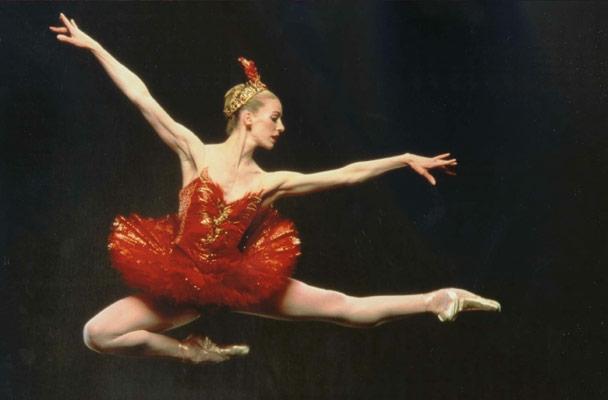 Firebird ballet story is one full of love and magic. It tells the story of Prince Ivan’s journey to win the heart of his princess but first, he has to get past the evil magician, Kostcheï.

Prince Ivan finds himself lost in a deep forest.  He comes upon an enchanted garden.  He doesn’t realize that this enchanted garden belongs to the evil magician, Kostcheï.

Prince Ivan spots a beautiful firebird, on an enchanted tree full of magic apples.  He grabs her and she frantically struggles to be set free.

The Firebird is desperate to released, so she offers the Prince one of her feathers and tells him it will help him if he is ever in trouble. Prince Ivan accepts her offer, and the Firebird flies away.

At nightfall, the Prince finds himself at the gates of an old castle.  Twelve maidens emerge, led by the beautiful Princess Tsarevna.  She tells the prince that this is the castle of the Immortal Kostchei, an evil magician who casts spells on passing travelers.  The prince, princess, and her companions dance until dawn and then exchange a tender kiss.  Dawn arrives and the maidens must return to the castle.  Despite Tsarevna’s warning, the prince decides to follow them.

As soon as he enters the castle, a crowd of weird figures rushes from the castle followed by Kostchei.  Kostchei tries to turn the prince to stone, but Ivan remembers the Firebird and summons her to help him.  She appears and forces the crowds to dance until they fall exhausted to the ground.

The Firebird then tells Ivan that the magician’s soul is kept in a large egg in his cave.  Ivan brings it out and breaks the egg by smashing it on the ground.  Kotschei is defeated and his spells are broken.

With the Firebird’s help, Prince Ivan is able to rescue a beautiful princess from the clutches of the evil magician Kotschei.

Prince Ivan crowns her in a ceremony of great splendor.  Nobles and churchmen file into the great hall in beautiful robes to celebrate.  Tsarevna and the Prince are married and all join in thanksgiving for their deliverance.

The Firebird is a ballet done by the Russian Igor Stravinsky.  It was choreographed by Michel Fokine and it was written for the 1910 Paris season of Sergei Diaghilev’s Ballets Russes.  At its premiere on the 25 of June 1910, it was an instant success with both the critics and the audience.

This was the beginning of a collaboration between Stravinsky and Diaghilev that would also produce other famous ballets like Petrushka, Pulcinella, The Rite of Spring and many more.

The DVD on the right gives a fascinating performance from the Ballets Russes who did the first Firebird.  Click on the picture to find out more.

The ballet was again revived in 1934 by Colonel Wassily de Basil’s Ballet Company.  They used all the original sets and costumes.  They also performed the ballet in Australia during the 1936 to 1937 tour.

The Firebird Ballet has since been redone by many ballet companies and choreographers, including famous George Balanchine and Jerome Robbins.

George Balanchine staged the work in 1949 with Maria Tallchief as the firebird.  This version was kept in the repertory until 1965.  It was then restaged with Jerome Robbins in 1970 for the New York City Ballet with new scenery and costumes.

The Mariinsky Ballet redid the original choreography at Covent Garden in August 2011.

The National Ballet of Canada took the Firebird up a notch when they created a version for television.  Here special effects were used to make it look like the bird was flying.

Misty Copeland danced the ballet in March 2012 with the American Ballet Theatre.

Here is a video of a more modern version of the Firebird Ballet Story. It features members of The Royal Danish Ballet, with choreography by Glen Tetley, and The Royal Danish Orchestra with conductor Poul Jorgensen.