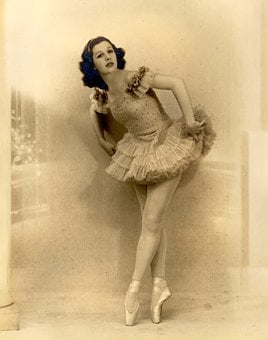 It is always interesting as a dancer to get a background of ballet ,or any particular art form which you study.

As modern dance and all its styles belong mainly to the twentieth century, any earlier dance work for the European theater was likely to have been created using the technique and the style of classical ballet.

Ballet has both a contemporary image and and historical image. 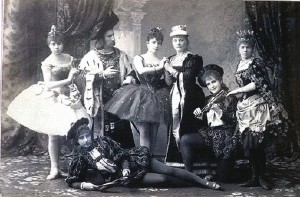 Historical could be for example that production of The Sleeping Beauty and the contemporary image could represent the clean lines of Balanchine’s Serenade from America with no story, just music and dancing.

Whatever it is, a dancers movements, training and the ballets in which they appear on stage are a product of the past and the present.

The Background of Ballet

In all the dance forms you see today, there is a background of classical ballet. Over the course of about five hundred years of study and creative works by teachers, dancers and choreographers, the ballet syllabus has evolved to produce today’s strong dancers with strong bodies and excellent classical technique. Throughout this long period, ballet, like the other arts,  has always been an expression of the ideas of the time.

Any movements that we make as individuals reflect some idea or intention in our minds, in the same way, dancing is human movement organized to music which reflects the ideas of a group or class of people. 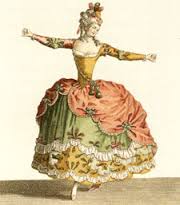 The first ballets 500 years ago were nothing like they are today. The performances were elaborate combinations of music to praise some prince or important person.

Ballet in those days was a product of court life and normally the courtiers were drawn into the productions and often got very good at dancing and acting. Professionals were only used as dance masters to arrange the show or as dancers in burlesque type productions where it may have been undignified for courtiers to dance.

Men were the founders of these grand court ballets, and they also danced feminine roles, just as much as the boys performed female roles in the Shakespeare Plays.  Women danced privately at court, but never in the more public performances which were done to impress the kings guests.

These ballets were the result of Renaissance, which was the great  intellectual and social movement which freed European thought from the restraints of medieval Christian philosophy.  Court ballet became the leader in art forms, and began in Italy.

So Why Is Ballet French?

In the late 1400’s the entertainment was combined with an evening meal (dinner ballets). Each course was  was accompanied by a new scene to carry the story forward.  Eventually every European  monarch of any standing included ballet among its entertainments. 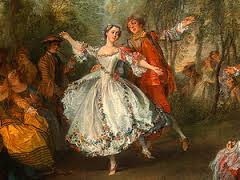 Court ballet belonged to the monarch and existed solely for him. It was Louis XIV of France, who was the most absolute monache of his time who raised ballet to new heights and thus ballet got a French image.

So although the Italians invented the idea of ballet as a combination of all the arts, it was Louis’s love of dance who transformed it into court ballets most splendid form.

The French qualities were bought into ballet  with their grace and charm in executing steps and in their performances on the whole.

So that is the background of ballet in a nutshell.

If you want to read more about the costumes that were used in those times, click here.