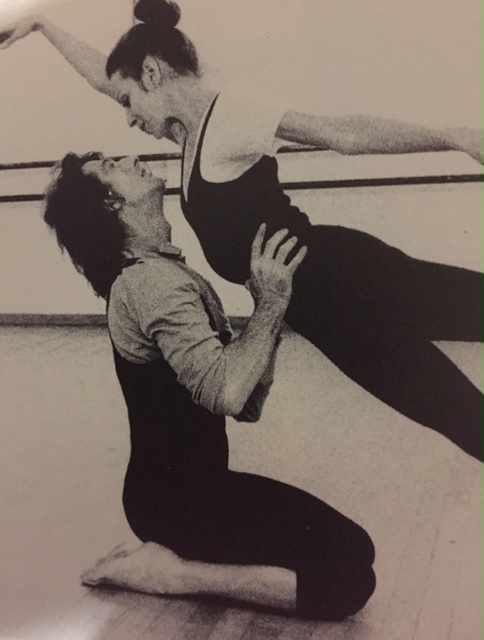 He was born in Rhodesia, which is now Zimbabwe. His grandmother was the one who set him on the road to dancing, by taking him secretly to Elaine Archibald’s studio when he was 7 years old. Only two years afterwards, when he was asked to dance in public, did his parents learn about the lessons. They were of course horrified and claimed that dancing would interfere with his school work. They forced him to stop.

A year later he was allowed to return to his ballet lessons as it was obvious that he yearned to dance.

Gary was teased mercilessly at school, but he made an effort to excel at school sports. He received tremendous encouragement when Anton Dolin, who was on a tour of Southern Africa, visited Elaine Archibald’s studio in Bulawayo and recommended that Gary further his studies abroad.

Two years later he left for London by boat from Cape Town in 1952. Once there, he enrolled in classes with Ruth French and, after three months’ study with her he went to see Dolin and auditioned successfully for the Sadler’s Wells Ballet School. He changed is stage name to Gary Burne, as his real name was deemed unfit. Only three months later he joined the Royal Ballet and within two years, was promoted to first soloist.

Over the next five years he danced most of the leading male classical parts scoring successes in Giselle, Swan Lake and The Sleeping Beauty. He was partnered with famous ballerinas like Nadia Nerina, Merle Park, Antoinetty Sibley, Beryl Grey, Svetlana Beriosova and Margot Fonteyn.

In 1962 he joined the Stuttgart State Ballet Company at the invitation of John Cranko and John wrote a ballet for him called Catalyst.

He stayed with the Stuttgart State Ballet Company for eighteen months as a leading male dancer. After suffering a foot injury, he was told by a specialist that he would benefit from living in a warmer climate.

He therefore accepted an invitation to join Ballet Transvaal as premier danseur and ballet master, and he danced with Phyllis Spira for the first time at a rehearsal for Swan Lake.

There was an instant rapport between these two dancers and he was amazed that after all the years dancing abroad that he found his ideal partner in Spira.

South Africans imaginations were immediately captured with this startling couple, and they became synonymous with magical, exhilarating and delightful dancing. They became household names and danced to full houses.

The unique combination of fragility and strength was new and refreshing, and they were often compared with Anton Dolin and Alicia Markova.

In 1964 they joined CAPAB ballet company in Cape Town and the partnership blossomed. Together they gave South African Ballet the inspiration that it needed.

This famous male ballet dancer was well ahead of his time and loved to experiment with modern choreography using offbeat music. His topics included drugs and sex and Phyllis always danced in his new works as she believed in him. His first modern ballet was The Misfit which he created in 1967. Then three years later he created The Prodigal Son, which caused a sensation as it was very controversial. Some of the still photo’s taken of the ballet were banned on grounds of their explicit sexual nature. The ballet premiered in Port Elizabeth n May 1970 to rave reviews, both for Burne’s choreography and for his and Phyllis’s dancing.

Gary was a very controlling partner to Phyllis both onstage and off. He liked to dictate everything that Phyllis could do and often to her detriment. But without a doubt they were one of the best ballet partnerships ever.

Sadly Gary’s Drug problems eventually got the better of him.

Phyllis only saw Garry one more time in 1974 in Johannesburg, and she didn’t recognize him as his face was bloated, his teeth had fallen out and he had a pot belly.

The story ends sadly for this famous male ballet dancer. In 1975 Gary married ballerina Linda Smit but the marriage lasted only a few months. He committed suicide on the 26th of August 1976. He was only 44 years old.