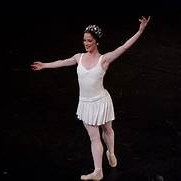 Symphonic Variations Ballet is a one-act ballet and it was choreographed by Frederick Ashton. 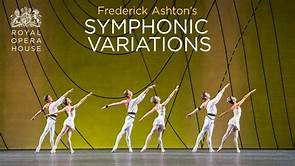 The music was done by César Franck and set to the eponymous music (Variation Symphonies for piano and orchestra).

The decor was done by Sophie Fedorovich (who had decorated Ashton’s first ballet twenty years prior – A Tragedy of Fashion), and it was first performed by the Sadler’s Wells Ballet, at the Royal Opera House, Covent Garden, on 24 April 1946 in a triple bill. The other works were Ashton’s Les Patineurs and Robert Helpmann’s Adam Zero.

In the first production and early revivals Symphonic Variations made so many demands on the dancers that they took no part in any other ballet on the same evening’s bill. It was a test of sheer stamina that very few British dancers could handle at that time.

Here is a short excerpt from the Symphonic Variations Ballet.

Symphonic Variations shows an essence of Ashton’s classic genius and is perfectly attuned to the music throughout. It is warmed by the drama of the emotions that flavor the dancing with a strong character that never bursts through the classical surface.

During the Second World War, Ashton listened to Franck’s Symphonic Variations a great deal and he decided to develop an elaborate scenario to be set to the music.

In February 1946 the Royal Ballet took up residence at the Royal Opera House, and in a world sated with six years of war tragedies and still constrained by shortages and rationing, the glorious revival of the Sleeping Beauty reaffirmed the traditional order and splendor of the ballet.

Three months after this Symphonic Variations Ballet premiered and was just as significant an event for ballet in England as Sleeping Beaty was. On his return from military service Ashton found that there seemed to be ‘a clutter of ballets with heavy stories’ and he felt it all needed some purifying. He made Symphonic Variations as a testament for both Ashton, The Royal Ballet and its audiences about the supremacy of classicism as the most fruitful means of future development.

The ballet was originally intended as the first creation by the company at Covent Garden, but an injury to Michael Somes, who was supposed to dance the lead middle male role, necessitated a month’s postponement and Helpmann’s Adam Zero had the honor of baptizing the stage on the 10th of April.

A fortnight later, Symphonic Variations had its premiere with Margot Fonteyn, Pamela May, Moira Shearer, Michael Somes, Henry Danton and Brian Shaw as the cast.

The ballet was recognized as a masterpiece right from the start and it was his first major ‘plotless’ ballet, free of any direct literary or dramatic incident by the strength of its formal structure.

The work owes something to Ashton’s seeing a reflection of the Seasons in human relationships.

The opening represented a woman who was winter in a time of waiting, and the allegretto saw the arrival of the men, who were the sun’s rays in summer, and life and love. The molto piu lento was the search and the wound of love, and rapture caused by the spark of love and dance of union and fertility. Then the final allegro non troppo became the festival, the summer, the marriage and the heart’s joy in union.

“All these things were only put in the ballet if they were put in to be eventually refined and eliminated. I did not want to load the work with literary ideas, and I was quite willing for people to read whatever they liked into it.

To this day this ballet is still performed around the world. In 2004, Cristina Franchi described it as “A pure classical dance work of great beauty and simplicity.”