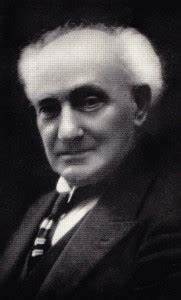 If you are training in ballet, you most probably know that the two largest training organizations in the world are the Royal Academy of Dance and Cecchetti Ballet Technique.

I have done an entire article that you can read here on the Royal Academy, as I teach this method. However, the Cecchetti ballet technique is well renowned for training up some beautiful and famous dancers, so let’s look at how it all began. The Life Of Enrico Cecchetti

Cecchetti was born in Italy on the 21st of June 1850 in the costuming room of the Teatro Tordinona in Rome. His first stage debut was in his fathers arms as an infant. Both his parents were dancers.

His parents wanted him to go into business or law, but Enrico was determined to be a dancer and finally managed to convince his parents of his desire and dedication.

He was trained by his father at first, then sent for further training to Giovanni Lepri who was known for preparing accomplished dancers. He also studied with two more of his fathers colleagues, Cesare Coppini and Filippo Taglioni who was the father of famous ballerina Marie Taglioni.

All of Cecchetti’s teachers had been originally trained by Carlo Blasis and this early training created a background for Enrico Cecchitti’s method of teaching following the lines of Blassis own theory.

Young Enrico was a brilliant virtuoso dancer who went on to become the leading teacher of his generation. Cecchetti was praised for his agility and strength in his performances, as well as his technical abilities in dance. By 1888, he was widely accepted as the greatest ballet virtuoso in the world.

In 1887 Cecchetti performed in St. Petersburg where Ivan Vsevolozhsky, the director of the Mariinsky Theater saw him perform. He was so impressed with Cecchetti that he immediately hired Cecchetti as a principal dancer. This was extremely rare at the time because normally dancers would be asked to join a company on a lower level.

Cecchetti left the Imperial ballet in 1902 to accept the directorship of the Imperial Ballet School in Warsaw. His farewell gala at the Mariinsky Theater featured all the leading ballerinas of the day, many of whom were his students. In order to have everyone pay him homage, the Paquita Grand pas classique was performed, with the inclusion of the favorite solos of all the participating ballerinas. This led to the tradition of including a long suite of variations for several ballerinas.

In 1919 Cecchetti performed at the inaugural performance of the ballet, La Boutique Fantasque, in London, appearing in the role of the shopkeeper.

In the early 19th century when dancing en pointe came in, and males were reduced to actors on stage supporting the females, he came in and brought male dancers to the fore again. He made drastic and exciting changes to the male choreography for many of the male roles in ballet that are still used today. He created the role of The Bluebird in Sleeping Beauty when he was a guest artist with the Imperial Russian Ballet. The steps in the Bluebird challenge male dancers to this day. He also created and interpreted the Eunich in Scheherazade, Kostchei in The Firebird and the Magician in Petrushka.
After a glorious career, he went on to teach. His students included Anna Pavlova, Vaslav Nijinsky, Marie Rambert, Tamara Karsavina, Gisella Cacciaianza, Alicia Markova, Ninette de Valois, George Balanchine and many other well-known dancers.
He also re staged many ballets, including Petipa’s definitive version of Coppélia in 1894, from which nearly all modern versions of the work are based.

In 1925, Arturo Toscanini appointed Master Cecchetti as director of the La Scala theater dancing school. A few years later, Cecchetti was deeply affected by the death of his wife. He collapsed while teaching a class and died in Milan the following day on the 13th November 1928.
His successor Margaret Craske passed on the Cecchetti method to numerous dancers and teachers in New York while on the staff of Ballet Theater.

Because of its continuity, ability to promote longevity in dance and the emphasis on classical lines, Cecchetti ballet technique method is highly respected and now taught internationally to this day.

Varvara Nikitina and Enrico Cecchetti costumed for the Bluebird Pas de deux from Petipa’s original production of The Sleeping Beauty in St. Petersburg in 1890.

In classical ballet over the years, techniques and parts were always taught directly person to person.

The technique was passed on directly to Enrico Cecchetti, as he was taught by Giovanni Lepri in Florence, who in turn was taught by Carlo Blasis and the line can be traced back to Beauchamp the first ballet master at the court of Louis XIV.

There he applied the method explained in the book Traité élémentaire, théorique et pratique de l’art de la danse, published in 1820. So, too, the Cecchetti method has been passed on directly by his former pupils such as Laura Wilson.

Cecchetti created a ballet technique that is now known as the Cecchetti method. This technique is popular with past and present ballet teachers. After Cecchetti’s death, Cyril Beaumont, Stanislas Idzikowsky, Margaret Craske and Derra de Moroda decided to codify Cecchetti’s method so it could continue to be used by ballet teachers to perfect the technique of their ballet dancers.

Under the Cecchetti Method, dancers follow strict routines and daily exercises to develop all-around skills to support learning and performance of every kind of dance.

The Cecchetti ballet technique method of training method is used by many ballet companies and teachers around the world.